The background is that by 1910 most of the farmland of Ireland was put into the ownership of the former tenant farmers, subject to the payment os an annual annuity. The Landlords lands were acquired on generous terms by the Land Commission. They had to provide legal title before any money was paid and the Land Commission’s Examiners of Title (one of who was Elizabeth Bower’s father, a barrister) had to certify. This is the reason for the 8 million records.

These records are literally historical and genealogical gold dust.  A mechanism may be to ask commercial companies to tender to digitalise such as Enneclan, Ancestry or FamilySearch.  They could then make available for a fee is necessary.

An example of one of the ‘closed’ records:

Castledonovan ends up as the marriage settlement of Lucinda Alleyn to Samuel Jervois in 1797 (described in the Deed as her Alleyn “family lands”). Possibly it passed somehow from the Evansons to the Alleyns through the marriage of Nathaniel Evanson to Martha Alleyn.  The Jervois base was in Brade between Skibbereen and Leap.

The official attitude is regrettable in view of the destruction of records in the Public Records Office in 1922.  Additionally in Cork a fire at the Courthouse in the 1880s destroyed most of the Grand Jury Cork records.  A similar dog in the manger attitude is discerned in the Registry of Deeds who hold over 4 million records.  They do not allow digital photos ,unlike the National Library and the National Archives.

There is an onus on Public Bodies to make the records of the Irish People available.

QUESTION NO:  1706
DÁIL QUESTION addressed to the Minister for Agriculture, Food and the Marine (Deputy Michael Creed)
by Deputy Richard Boyd Barrett
for WRITTEN ANSWER on 20/06/2017


To ask the Minister for Agriculture; Food and the Marine if historians and genealogists can have access to records held by his department in a warehouse in Portlaoise in relation to the Land Commission; and if he will make a statement on the matter.

There are no immediate plans to make the 8 million or so records of the former Irish Land Commission (ILC)  generally available to the public for research purposes or otherwise as they are still working documents and have not been handed over to the National Archives. My officials regularly access these records to service queries from the public relating to current and past transactions and for the full completion of the work of the former ILC. Wider access will be a matter for consideration when the completion of the work of the former ILC is at a more advanced stage. The records which are available in paper format only are fragile, some dating back as far as the late 1800’s and are an irreplaceable resource should they get damaged. So in order to maintain them it is essential that they are handled and stored appropriately. Opening up access to these files cannot be considered until appropriate measures are undertaken to minimise potential damage from routine handling. While limited access is granted to persons on application, the office does not provide a research facility as the provision of such a service would require much greater resources than those currently available.

To ask the Minister for Arts, Heritage, Regional, Rural and Gaeltacht Affairs when the next five years of the papers will be published in view of the fact that the years 1818 to 1822 of the Chief Secretary’s office registered papers by the National archives are published..

The Deputy is referring to a project at the National Archives, to catalogue to international archival standards, the Chief Secretary ‘s Office Registered Papers from 1818 to 1852. The Chief Secretary for Ireland was the Government Minister of the British Cabinet with responsibility for governing Ireland from the early 19th century until the end of British rule. This project will facilitate public access to one of the most valuable sources of original material for research on Ireland in the first half of the nineteenth century. There are currently three archivists employed on the project.

The catalogue records for the years 1823 – 1827 have been completed and they are in the process of being edited for online publication in addition to the drafting of other contextual material.  It is expected that these will be made available on line later in 2017.

The project was originally made possible by a bequest from the late Professor Francis J Crowley.   Born in New Haven, Connecticut, Professor Crowley was educated at Yale and Princeton, and became a professor of French at the University of California at Los Angeles. Both his parents were born in Ireland, and in his will he bequeathed most of his estate to Ireland to be used for the preservation of records of the history of the Irish people.

QUESTION NO:  92
DÁIL QUESTION addressed to the Minister for Justice and Equality (Deputy Frances Fitzgerald)
by Deputy Richard Boyd Barrett
for WRITTEN on Tuesday, 21st March, 2017.

*  To ask the Tánaiste and Minister for Justice and Equality the reason the Registry of Deeds at Henrietta Street maintain a strict policy of no digital photos, which is contrary to the policy of the National Archives, the National Library, most universities and county council archives; and if she will make a statement on the matter.

REPLY. I can inform the Deputy that the Registry of Deeds is managed and controlled by the Property Registration Authority. Under Section 9(3) of the Registration of Deeds and Title Act 2006, the Authority is independent in the performance of its functions. The records held by the Registry of Deeds are public records. Certified copies of Memorial/ROD Application Forms filed in theRegistry of Deeds can be obtained on payment of the relevant fee. The fee for every certified copy of a memorial or application is €20. The fee for a plain copy of microfilm of a memorial or application is €1.00 per page.

In addition, the facility for on-line searching in the Registry of Deeds is available to all “landdirect.ie” business account holders. All such records dating from January 1970 have been digitised and users are now able to search records on-line from 1970 to date and can also order Official Searches and Copy Memorials/Application Forms on-line. (Non-account holders may access these records at the Public Office in the Registry of Deeds.)

1787 Address from The Grand Jury of The County of Cork, Mansion House, to The Right Worshipful Samuel Rowland, Esq., Mayor of Cork, At Spring Assizes.

This post was first published in October 2013. Since then I have found more material, so have decided to update it.

The non-fiction book, White Goats and Black Bees by Donald Grant is set on the Sheep’s Head. Donald and Mary Grant, a couple of journalists based in New York, impulsively decided to jump off the career treadmill and become farmers in Ireland in the 1960’s. They bought a small acreage on the Sheep’s Head, where they raised goats and ducks, cultivated an enormous vegetable garden, and by degrees and sheer hard work turned themselves into ‘peasants’. 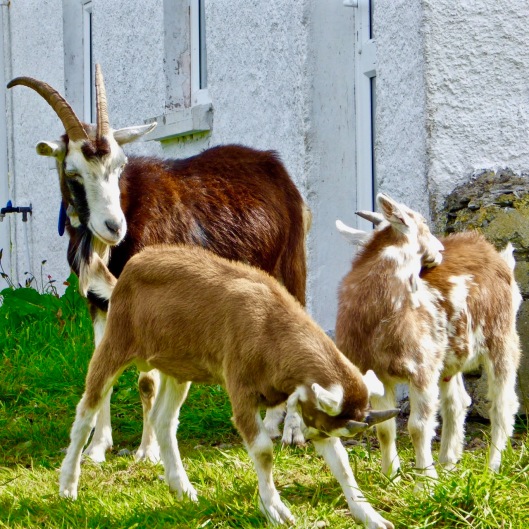 This out-of-print book was drawn to my attention by my friend, Aideen, whose father, while in New York, had encouraged the Grants to consider West Cork. Aideen visited the Grants as a young woman and still has memories of their gorse wine.

Dooneen, on the Sheep’s Head – this…


1833, Sample of 17th and 18th Century Cork Wills, Transcribed by Denis O’Callaghan Fisher, Solicitor and Genealogist  prior to 1922 Destruction.

Some of his enormous work can be viewed at the National Library, Manuscript Library, Genealogical Section, Kildare,St., Dublin. 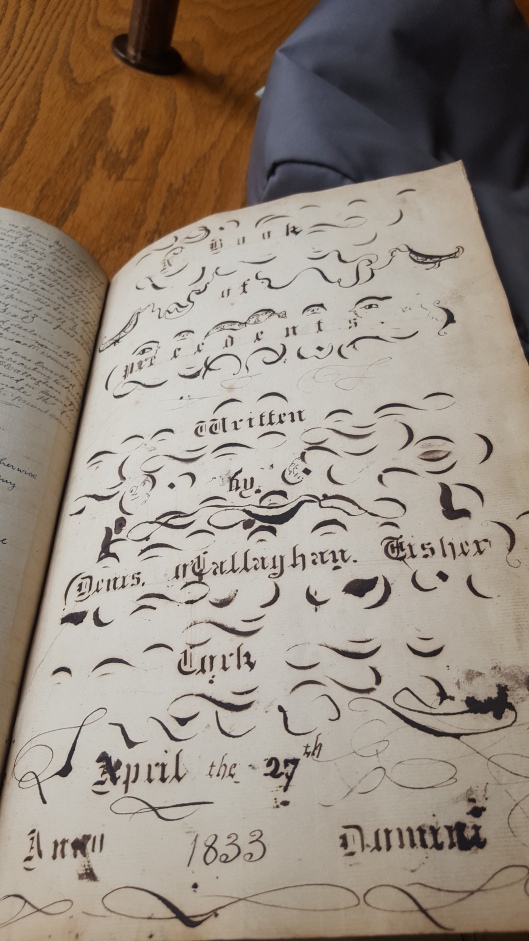 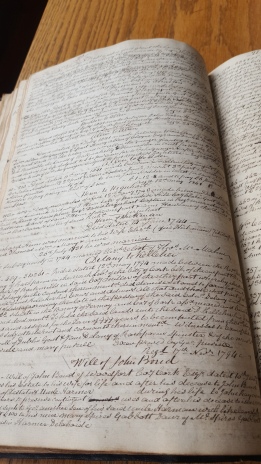 Tonsons are descendants of Hulls of Leamcon, Schull.

Part of 1833 collection transcribed prior to 1922 destructions by Denis O’Callaghan Fisher his brother the Rev. Fisher of Toormore.

1784, Benevolence of Richard White (Later Lord Bantry) in making Provisions Available to Tenantry in Famine and other Famines.

Richard Pococke (1704 – 1765), the English-born Bishop of Ossory, travelled in the South West and in 1758 wrote the following in respect of Bantry ‘he chief support of the town is fish and a clandestine import of French brandy’ and re the Beara area, which would have a reference to the other peninsulas ‘they keep their sheep and black cattle …. They can legally send no fish to France but salmon, all the rest goes to Spain’…… ‘They make huts to keep their cattle in the mountains in summer and live on new churn milk’. …… ‘Girls married at the age of thirteen and boys at sixteen’ … ‘People here live to a great age, notwithstanding they drink drams immoderately, living on fish and potatoes, and the sea air makes…

Appointment by Lord Chancellor on Recommendation of Lord Fermoy of Richard Hungerford Morris of Friendly Cove, Durrus, West Cork, to the Commission of the Peace for County Cork (Magistracy).

Morris was a prize farmer winning many prizes for crops and beasts. He married into the Evanson family who had Friendly Cove, the house is still extant looking onto Dunmanus Bay. His Morrises came from Castle Salem, Rosscarbery. HIs descendant, Dick Morris was alive to the 1930s in the area.


Society for the Promotion Education of the Poor 1819, Schools, West Cork

Some West Cork Teachers, only a drop in the ocean gleaned from deeds, church records, directories.

Among the Protestant Teachers, the Hurley family of Kilmeen are allegedly descendants of the Hurleys who built Ballinacarriga Castle near Dunmanway.  Looking at some of the other names it may be that  lines of hedge school masters converted.  It may be because these teacher were known for their mercurial temper and may have fallen out with Parish Priests.

Society for the Promotion Education of the Poor 1819

Sea Lodge: Timothy Daly may be from Dromnea also part of Evanson Estate in Kilcrohane and was location of O’Daly Bardic School.  Ruins of school still extant just of Sheeps Head way from Durrus Court to Gearhameen, not the Sea Lodge on coast

Note to the Editor of the Cork Commercial Courier dated the 15th February, 1838:

The Registry commenced here this morning at ten o’clock before Assistant Barrister, Mr. Moody and the members of the Close to Dusk Co. Cork – fifteen liberals, six orange men of Burrow, Bandon and John O’Connell, Esq and others were most indivisible for deliverable interest.  Disappointment was depicted in the countenance of the conservatives in this town – the Derry I might be permitted the designate of the South that their exertions were great indeed to try and defeat the honest frieze quoted from obtaining the franchise.  The tenants of Timothy O’Donovan, Esq of O’Donovan’s Cove, Durrus,  were chiefly those who registered.  Messrs. O’Donovan and Galwey appeared on the part of the liberals and Messrs. Greg and Morgan for the conservatives.