Laney Lenox recently received her undergraduate degree in Peace Studies with a minor and honors in Creative Writing. Originally from the United States, she moved to Galway to work as an intern for The Galway Review. While in college, she worked as a writing tutor at Millsaps College in Jackson, Mississippi and as the Community Engagement Intern for the Institute for Southern Jewish Life. She also worked as a creative writing teacher for Operation Upward, an inner-city organization in Jackson, Mississippi that offered after-school programs for youth. 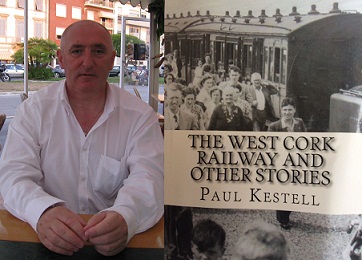 As an American who does not know Cork, certainly not specifically West Cork, well, I cannot personally attest to whether or not Paul Kestell’s short story collection The West Cork Railway and Other Stories is an accurate representation of the region. However, I…

State Funeral of Lord Lieutenant, Earl of Besborogh, 1847 Under Direction of Sir William Betham, (Ulster King of Arms) Knights of St. Patrick, Hierarchy of Irish Nobility, Judiciary and Senior Administration According to Rank. 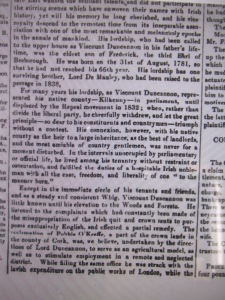 Originally posted on Roaringwater Journal:
Start this walk at the Rossbrin boat slip A joint post by Finola and Robert In…

From Southern Reporter and Commercial Courier 29th September 1832.
More Arrests. The Reverend Messrs Quin and Kelleher the Roman Catholic Clergy of Meentervaria (Durrus Parish) West Cork, were arrested on Saturday on the 15th for having attended at a Tithe Meeting. Bail was immediately procured in the person of Richard O’Donovan Esq., and Timothy O’Donovan, Ardahill (Kilcrohane).
They appeared in the Criminal court in Cork 1832 under the newspaper heading ‘Wallstown Tithe’ defended by Fergus O’Connor, BL.

Of the persons named Father Quin was one of six Tipperary Priest seconded to Cork Dioceses, a modernised he built churches, schools and commence registration of births and marriages.

Richard O’Donovan had an estate at Fort Lodge the house owned by Mr. Ryan now in disrepair is currently for sale. Either his father or grandfather bought the estate and the one of his brother’s Timothy from the Lord Riversdale family. His grandfather Richard O’Donovan was at the University of Toulouse in France in 1740. Probably not by coincidence at that time the elder branch of the O’Donovans, General O’Donovan of Bawnlahan (Myross) was related to the Riversdales/Tomsons/Hulls through the General’s mother Jane Beecher.
Another brother Doctor Daniel O’Donovan had an estate at Caheragh and lived at Norton Cottage, Skibbereen.
Timothy O’Donovan of Ardahill, Kilcrohane not to be confused with Timothy of O’Donovan’s Cove, comes from a branch originally from Dunmanway, apart from a gate there is no remain of that estate.

The Anti Tithe campaign in Muintervara was successful as sometime after at a monster meeting on Mount Gabriel the O’Donovans were praised for their success.
The O’Donovans were also involved in the 1840s in the campaign to have their relation Rickard Deasy, Queens Counsel, elected as MP. By getting their tenants who were entitled to vote to Cork they ensured the election of Deasy in a tight contest. He was later Attorney General for Ireland and a Judge. His sister was married to Doctor Daniel O’Donovan. Deasy is of the same family as Rickard Deasy who was involved in the farmer protests of the 1960s agains the then Minister Charlie Haughey.

The tithes of the Dioceses of Cork and Waterford were acquired by Richard Boyle, The Great Earl of Cork c 1620s. It was regarded as underhand for little or not consideration despite calls for a public enquiry nothing was done. the Tithes for the Durrus and some adjoining area were acquired by the Durrus Evansons c 1750 from the Riversdales/Tonson/Hulls who probably acquired them through marriage or purchase from Hull.
The Tithes were a considerable tax amounting to perhaps a tenth of the produce of arable land. It was divided up between the tithe holder and the local Church of Ireland (State Church) Minister. In practise they were often farmed out to tithe proctors whose methods were brutal and effective.

Death of General O’Donovan, Bawnlahan, Skibbereen, West Cork, 1829.
‘The late much regretted General O’Donovan was one of the very few proprietors of this County of the aboriginal Milesian Estate, held by his ancestors from time Immemorial. The General, was , we believe, the first of his family to drop the usual designation of an Irish Chieftain of being address as ‘The O’Donovan’ only. In Smith’s History of Cork 1750 he says ‘In this Parish of Miros (Myross) is Bawnlaghan the seat of O’Donovan, Chief of that Ancient Family, a worthy and courteous gentleman. The General was son of Daniel O’Donovan, of Bawnlahan by Jane daughter of Colonel John Becher of Hollybrook (near Skibbereen), grandson of Richard O’Donovan of Bawnlahanby the daughter of Fitz-Gerald, Knight of Kerry and great grandson of Daniel O’Donovan, MP for Baltimore, in 1689, by Elizabeth Tonson, only daughter of Major Richard Tonson, of Spanish Island (great grandfather of the present Lord Riversdale) by Elizabeth sister of Thomas Beecher Esq.

The present Viscount Lismore is also possessed of a Milesian Estate in the Coutu at Clonmene and Bantrye near Mallow which has been since time Immemorial by the Ancient Race of O’Callaghan unaffected by the many revolutions in Ireland this ancient estate was bequeather to the late Lord Lismore by his cousin O’Callaghan of Clonmene.

From From Southern Reporter and Commercial Courier 15th December 1829.

The Lord Riversdale/Tonsons referred to are descendant of Hull from Lemcon, Schull to inherit an uncle’s property a Hull changed his name to Tonson.

It is probably not a co incidence that Timothy O’Donovan, a Catholic sometime after 1760 acquired the estate at O’Donovan’s Cove from the extended Riversdale family.

Lady Adrilaun is probably one of the Banty Whites married to a Guinness.

The Tivys owned the Cork Constitution and founded the Rugby Club of the same name. The family may still own the newspaper distribution business ‘ Newsspread’ 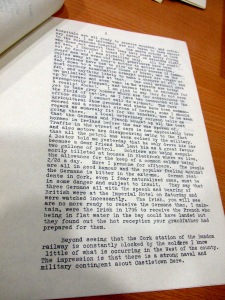 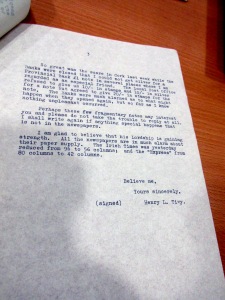