The little estate at Mulroe is on Dunmanus Bay.  Formerly it was noted for game, at one stage a stand of 3-400 year old beech trees stood there but were felled many years ago.
The house is similar to a few in the area being low and curved, one was the Durrus rectory lodge c 1830 demolished c 1965 on building of new rectory.  The other gate lodge to the Wagner (owners of Rowa pharmaceuticals) house Beach Bantry.  Current owner spent mega bucks restoring.
The land was good in parts noted for fat sheep and fat donkeys when in the 1940s a Mike Donovan rented it.
Curiously it had a bog which could only be accessed on low tide. The Shannon family used to cut turf and bring it home wet on the boat to Rossmore across Dunmanus Bay and dry it on the rocks.  The Dukelow family  from Brahalish also across the bay also harvested but left it dry on the Dunbeacon side.

The area also had one of the first Catholic Magistrates, Timothy O’Donovan, of O’Donovan’s Cove, from 1818.  Two of his brothers were magistrates as well as his nephew all from the Cove, Durrus. There are a number of newspaper comments about his fairness and evenhandedness.

His house near the Cove about a mile from Ahakista is demolished and the stones were used in the building of the Cronin house on the lands in the late 19th century.  The O’Donovans were interconnected with a lot of old aristocratic Gaelic families in the area, the McCarthys and Daniel O’Connells. He was heavily political being involved in the election of Rickard Deasy as MP.   He was his brother Doctor Daniel’s brother in law and was later Attorney General for Ireland and a noted Judge.

Richard was born in Hyde Park, Sydney NSW, just after his parents had arrived in Australia on board the ‘Coronet’ leaving Cork on 30 April 1828 and arriving at Port Jackson on 12 November 1828.

Within the family it has always been thought that, though he was a magistrate, Richard had little inclination for work and sponged off his family in anticipation of his inheritance. However he was forced to earn his living when his mother, Mary (nee Somerville) left Wollombi in 1880 and went to live with her brother, Morris Somerville, in Essendon, Victoria. Thus Richard moved to Tamworth, NSW to join his sister, Elizabeth [256], and her husband but there was no work for him there so he moved to Barraba where he found work, probably as a farm hand. It was here that Richard met his wife.

Recently discovered (2007) correspondence in the Alexander Turnbull Library, Wellington, New Zealand (1) sheds a different light on Richard’s early life. This material consists of eleven letters written by Richard’s uncle, John Henry Townsend [238] between 1844 and 1864 and all are addressed to Donald McLean (2) in New Zealand. John Henry had emigrated to Australia with Richard’s father, Jonas Morris Townsend [237] in 1828, but gave up his enterprise in 1836 and moved to New Zealand some time before 1844 – the date of his first letter from Auckland. John Henry returned to Ireland in 1847.

The first letter in which Richard is mentioned is dated 14 February 1845 from Adelaide. In it John Henry wrote “I had not two hours to make up my mind as to whether I should go to Sydney or Hobart Town the day I left Auckland, but a letter from my nephew (who had been a middy on board the Diductive (?) a 50 gun ship), who had left her in Tahiti, had induced me to go to H Town and when I got there the young rascal was off to Ceylon on the East India station”. The next letter that mentions nephews is dated “Shorecliffe, (2a) Leap, Glandore July 29 1853”; in it John Henry wrote firstly “I should have written long since if it were only to thank you for having an eye on my nephews (3) and I now hope that for my sake anything that may give them a push up the ladder will on your part not be omitted. I believe they have had rough times of it and if you can mitigate their hardships my best acknowledgments and I am sure theirs also shall ever be ready…” Later in the same letter he wrote “I am pleased you see a likeness in my nephew Richard to me or rather to what I was for old time has made a great change.”

Ten years later John Henry wrote from Shorecliffe on 1 November 1863, “I did not hear from my nephew Richard but I suppose the monotonous life he leads offers no subject to write on. Should you see him would you kindly let him know that the young person I have recommended to you in this letter is Maurice de Burgh, now a fine steady and active lad. It is very kind of you to notice my nephews”. Maurice de Burg was the son of Louisa Townsend [249] and hence Richard and Thomas’ cousin; like them he had emigrated to New Zealand. The last mention of the nephews by John Henry is in a letter from Dunbeacon dated 15 June 1864 – “with my best wishes and thanks for your attention to my nephews…”

Returning to Australia some time between 1864 and 1880, Richard left Lucy and his son after 1885 and went to Ireland to claim his inheritance of one moiety of the Dunbeacon estate, Bantry, where he subsequently lived in Dunbeacon House. This inheritance came to him from his uncle Richard Mellifont-Townshend [236] who died in 1884. Richard never sent for Lucy and the children, who were left destitute and were forced to fall upon the mercy of her family to support them. The other half of the Dunbeacon estate went to Richard’s cousin Richard Arthur Herbert Townsend [259].

Guy’s City and County Cork Almanac and Directory 1891 records that Richard was living at Dunbeacon, Durrus and was a Poor Law Guardian for Schull.

Richard was appointed a Justice of the Peace in 1890 and this is reflected in ‘Slater’s Royal National Directory of Ireland, 1894’ which records under the heading ‘County Magistrates for the Province of Munster – Co Cork’. – “Townshend Richard, Dunbeacon cottage, Durrus, Bantry.” and under the heading ‘Munster Parishes – Schull. Private Residents.’ – Townsend R. JP. Dunbeacon cottage.” The 1907 edition of Guy’s Directoryagain reflects this and he is still shown as living at Dunbeacon Cottage.

Amongst the Lovera Papers (4) is a handwritten note by John FitzHenry Townshend [250] about ‘Morris’ as he calls Richard’s father – “I could tell you many a thing – indeed I could write a book – concerning things I have heard about Morris, Richard’s brother, who was very handsome and an awful scamp. He married Mary Somerville of Drishane, Tom’s sister…..They went to Australia and their son is Australian Richard; the man of mystery who came from Australia on it being found that half of Dunbeacon was settled on him, the other half on John Henry, afterwards represented by his son Richard Arthur. Australian Richard has continued to live at Dunbeacon and has not returned to his family or been joined by them, during many years”.

The April 1901 Irish Census shows Richard as a married 72 year old ‘landed proprietor’ living in house 36 Dunbeacon with two domestic staff and their five children. The house consisted of five rooms and six outbuildings. Richard sold Dunbeacon House and about 94 acres of land to Mr Verity Evans on 1st December 1910 for £950. However the April 1911 Irish Census records that he was 82 and living on his own in a nine roomed house at Murreagh, Durrus East. His handwriting is very shaky and he entered his marital status on the census as ‘widower’ (his wife died in Australia in 1912!). The census shows that he was a ‘Rotate Owner’ (?) and that the house belonged to Jane Tobin. It is not known if Murreagh is the same place as Friendly Cove, Durrus (5), formerly owned by his cousin Richard Arthur Townshend, for that is where he died. He was buried in Durrus on 27 January 1912.

Much of the information in this entry was provided by Marjorie Laidler, grand-daughter of Charlotte Victoria Townshend [280], supplemented by by Mary-Anne Lattimore from Australia, grand daughter of Mary Somerville Townsend [285], extracts from correspondence between John Henry Townsend and Donald McLean and various other sources.

(2a) The entry for Shorecliffe in the National University of Ireland (NUI) Galway Connacht and Munster Landed Estates Database records “Occupied by the Rev. William Baldwin at the time of Griffith’s Valuation, when it was valued at £11. It is named Prospect House on the 1st-edition Ordnance Survey map but as Shorecliffe House on the 25-inch map of the 1890s. It is still known by this name.”

(3) This would indicate that Richard’s brother Thomas Townsend [255] was also in New Zealand but this conflicts with what we already know about him. 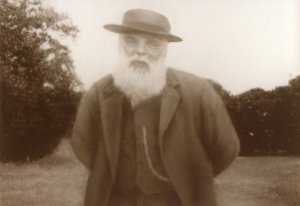 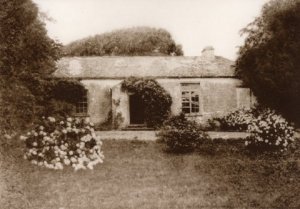 He was a subscriber in 1892 of the Journal of the Cork Historical and Archaeological society.