Posted by durrushistory | Filed under Uncategorized

Sappers ordnance survey will be added to 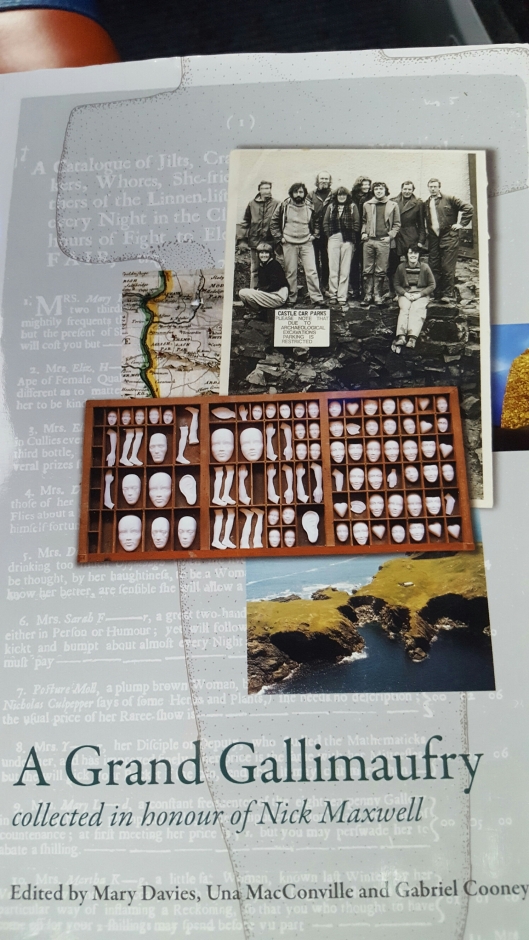 Hermitages on the Mizen, Muinter Bháire, Beara Peninsulas and the Island and the Deserts of Sinai, the Middle Eastern influences of the Book of Kells.

A little while ago I met  an Iraqi, in Ireland for over 40 years.  . I don’t know whether was Christian or Muslim  but he had a great knowledge of early Irish History. He said that the refuges of the early monks in the isolated peninsulas and island have a common tradition with the hermitages of the Middle Eastern Deserts such as Sinai. Some of the old church sites and graveyards are the locations of these hermitages and indeed they may pre date the coming of Christianity to Ireland.

He then drew attention to the calligraphy of the Book of Kells and other such books and said that the decoration was Middle Eastern in origin. He felt that there were connections between Ireland and the…

In Estudios Irlandes Vol 5, there is a fascinating article by Peter Clarke, of UCD, on the history of bookkeeping in Hedge Schools in the 18th and 19th centuries.

In the Report of The Commissioners of Irish Education 1826 it transpired that over 500,000 children over 70% of Irish children were being educated in hedge schools.  Their curriculum was flexible and many included basic business education.

In the 18th century Irish Emigrants to the US including Cornelius Lynch 1740, and Terence O’Neill 1789 taught bookkeeping in New York.  In Australia John Kenny taught double entry book keeping in Sydney in 1793.

Peter Clarke’s article suggests that the hedge schools had an important influence through Irish teachers on the curriculum of the American mid west and frontier.

In the online history of the Townsend family of Co. Cork, compiled by Colonel John Townsend in Australia,

In the article relating to Samuel Townsend 1768-1836 of Whitehall, Aughadown there is a piece on the post 1798 situation.

The British Government employed Sir John Moore to disarm Co. Cork.  He used a scorched earth policy designed to intimidate people to hand in their arms.  In Caheragh 800 pikes were located as well as 3,400 stands of arms.  The soldiers were billeted on the local population and literally ate them out of house and home.  One exception to this was in Aughadown where the joint efforts of the Catholic Parish Priest Father Timothy O’Sullivan and the Church of Ireland Vicar Joseph Wright ensured that the local commanding officer Samuel Townsend did not billet the soldiers on the local population.

Samuel Waters 1844-1936 was an RIC Officer and both his father and grandfather had been policemen. He started on £125 per annum and perpetually in scrapes due to his inadequate income.  He was posted to Castletown in 1874 at the time a quiet district and enjoyed hunting and fishing.

He was interested in amateur dramatics and in the capacity met the then 17 year old Tim Harrington later to become a Home Ruler MP.  Although on opposite sides politically they became friends he was also friendly with Tim’s brother Edward who was a newspaper editor ‘The Sentinel’, in Tralee.

His memoir is in the Public Record Office of Northern Ireland  (Gore-Booth Papers D/4051/14), on Lisaddell House he recounts the pastime of him and fellow officers in the evening of rat catching in the kitchen as a member of the Pig and Whistle Club.

The memoir has been edited by Stephen… 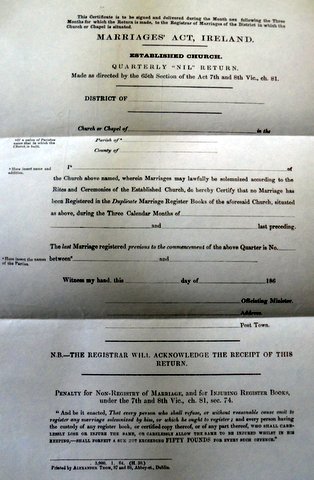 Posted by durrushistory | Filed under Uncategorized 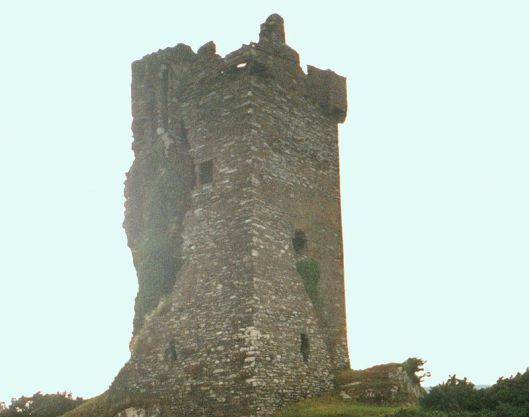 “In the centre of the vale beneath me, was the tall, castellated tower; an extensive marshy meadow lay beyond it, bounded by the steep rocky hills of Mullaugh-Nesha, and its peaked brethren. ”  Philip Dixon Hardy (1834).

Castle Donovan (Irish: Caisleán Uí Dhonnabháin) or Castledonovan or O’Donovan’s Castle refer to the remains of an Irish tower house or túrtheach, in a valley near Drimoleague, of medium size which was the so-called “seat” of the Clann Cathail sept of the O’Donovans for a period during the 16th century.

The original name of the castle, and when the O’Donovans were actually living in it, wasSowagh (or Sooagh, Suagh) before the 17th century.

The name of Castle Donovan, after the Manor of the Castle of O’Donovan, is associated with a regrant from James II of England in 1615. Approximately 60 feet in height, it…

Death of General O’Donovan, Bawnlahan, Skibbereen, West Cork, 1829.
‘The late much regretted General O’Donovan was one of the very few proprietors of this County of the aboriginal Milesian Estate, held by his ancestors from time Immemorial. The General, was , we believe, the first of his family to drop the usual designation of an Irish Chieftain of being address as ‘The O’Donovan’ only. In Smith’s History of Cork 1750 he says ‘In this Parish of Miros (Myross) is Bawnlaghan the seat of O’Donovan, Chief of that Ancient Family, a worthy and courteous gentleman. The General was son of Daniel O’Donovan, of Bawnlahan by Jane daughter of Colonel John Becher of Hollybrook (near Skibbereen), grandson of Richard O’Donovan of Bawnlahanby the daughter of Fitz-Gerald, Knight of Kerry and great grandson of Daniel O’Donovan, MP for Baltimore, in 1689, by Elizabeth Tonson, only daughter of Major Richard Tonson, of Spanish…

There is a stained glass window to him and marble plaque in St. Finbarrs  Cathedral in Cork.

Another of the O’Donovans, Clann Loughlin, the Catholic line of O’Donovan’s Cove descends from Richard o’Donovan.  he was a famous swordsman at the University of Toulouse in France in the 1740s.