Saunders’s News-Letter 7 November 1836 page 2 Court of Exchequer – Saturday Nisi Prius Chief
Baron Tithes Recels – Cork
William Hogarthy and William Rownan were brought up in the custody of the commissioner of
rebellion, for not answering the bill filed by the plaintiff in the cause, for the recovery of tithe
composition.
Rownan stated that he did not get any notice to pay the money before he was arrested.
Hogarthy could only speak Irish, and his fellow-prisoner was his interpreter, from whom the court
learned that he was in a state of great destitution, his wife having been that day obliged to pledge an
article to support him in Newgate.
The prisoners were then conveyed to the Marshalsea.

William Conner Sullivan Esq., (1809-1886), Overton, Bandon, tannery proprietor, married 1838 Dora, 4th daughter of R. Treselian. Churchwarden Kilbrogan, 1833.  Hill House, Bandon, William C. Sullivan was leasing this house from the Devonshire estate in 1851 when it was valued at £20. It is labelled Barrett’s Hill House on the 1st edition Ordnance Survey map but as Hill House on the 25-inch edition of the 1890s. It does not appear to be extant now.  1845 publicly thanked the Bandon Agricultural Society for endeavours in bringing the railway to Bandon which would shortly  advocate for land improvement.  In  1886 probate to widow £10 probably transferred its properties prior to death.  Brother of Thomas Kingston Sullivan, solicitor major property owner,  whose granddaughter Anne Winifred Sullivan became the Ann W Sullivan was the fourth wife of the 2nd Duke of Westminster,  the Sullivans were tanners and it was from that Tanning family that the second Duchess of Westminster – Ann Sullivan – was descended so to get from tanning in Bandon to that position in society is staggering given that it was only a handful of generations. 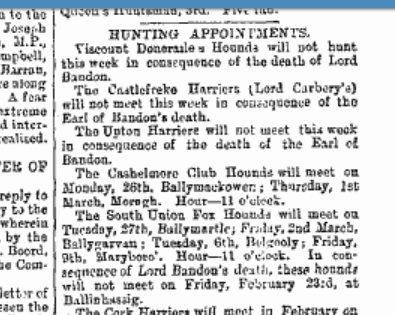 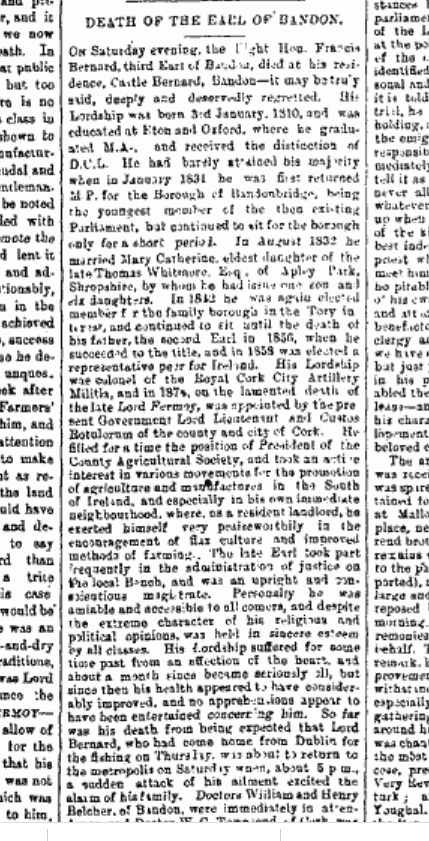 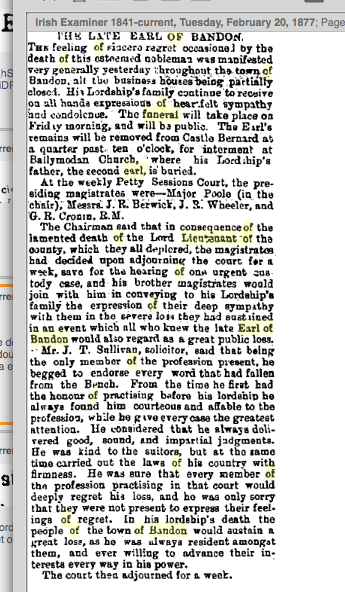 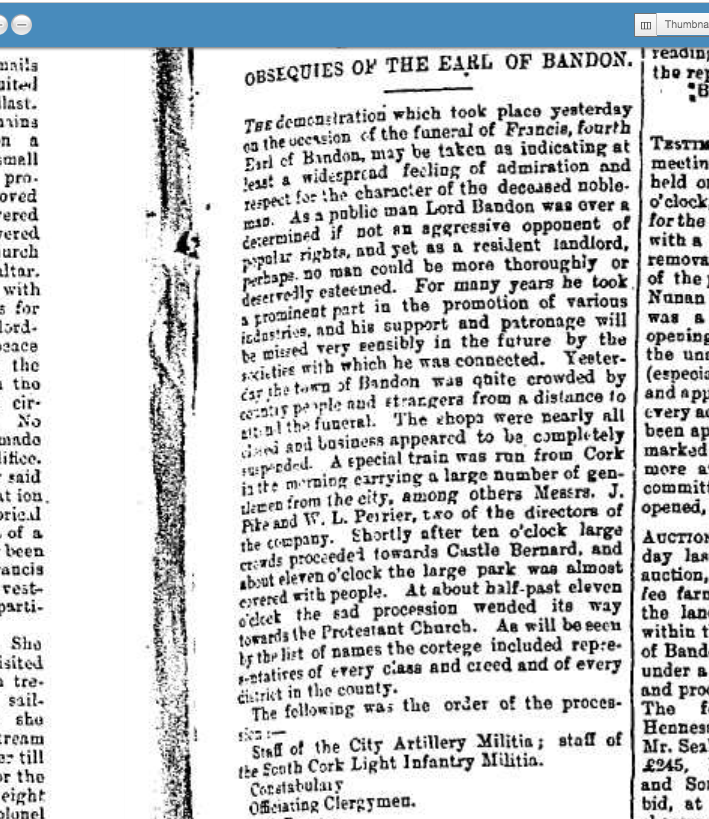 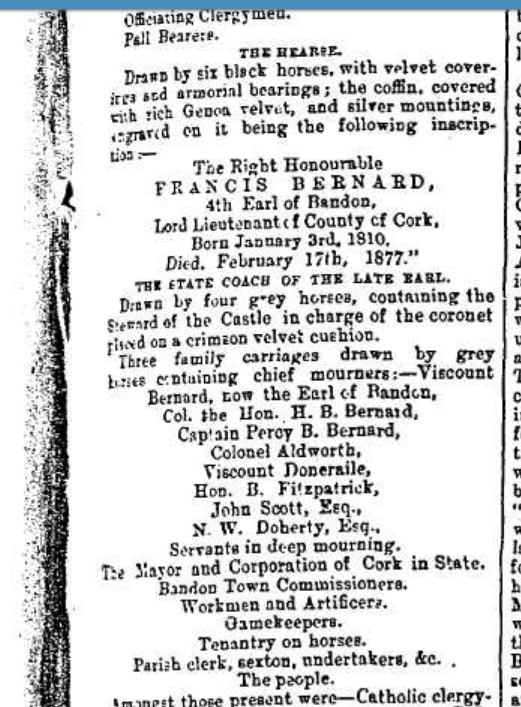 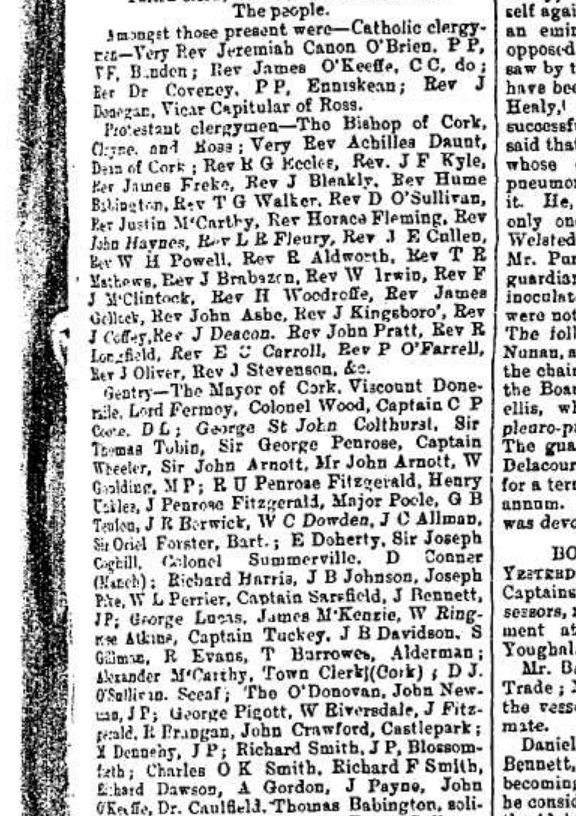 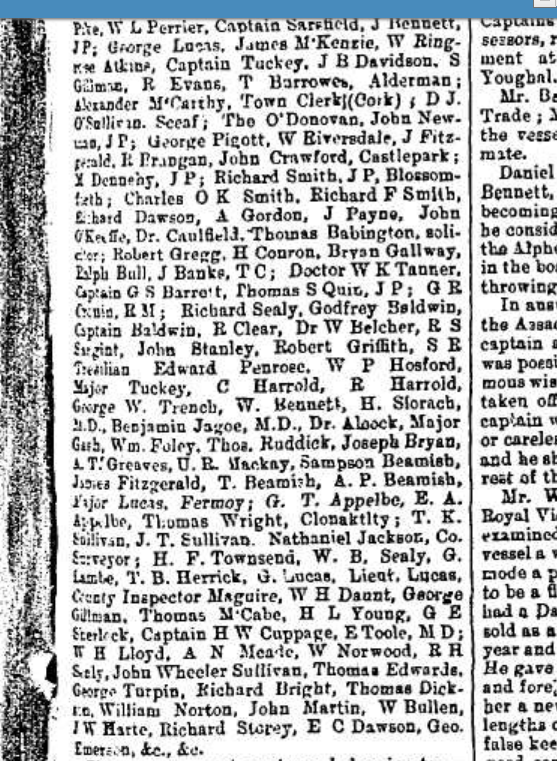 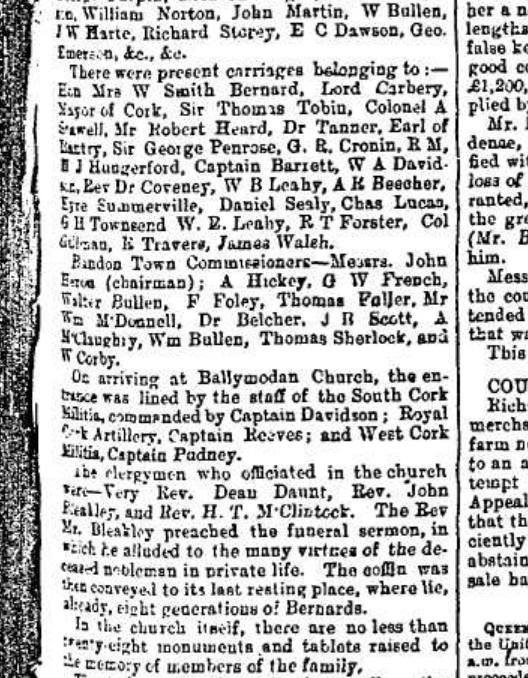 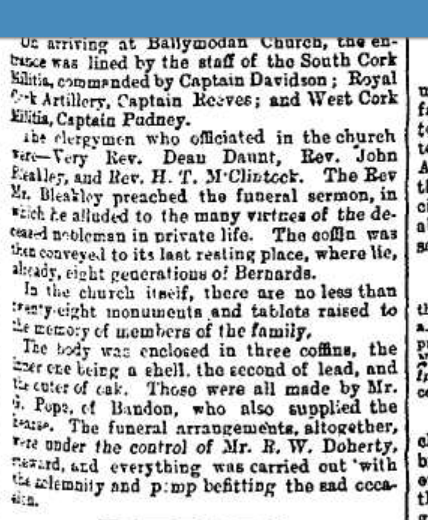