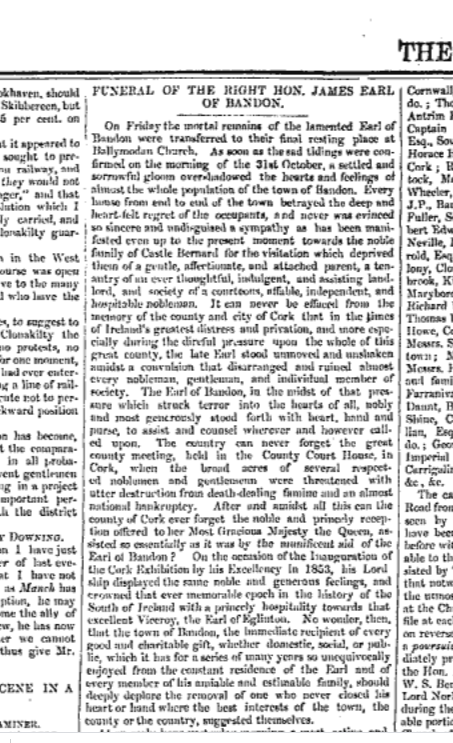 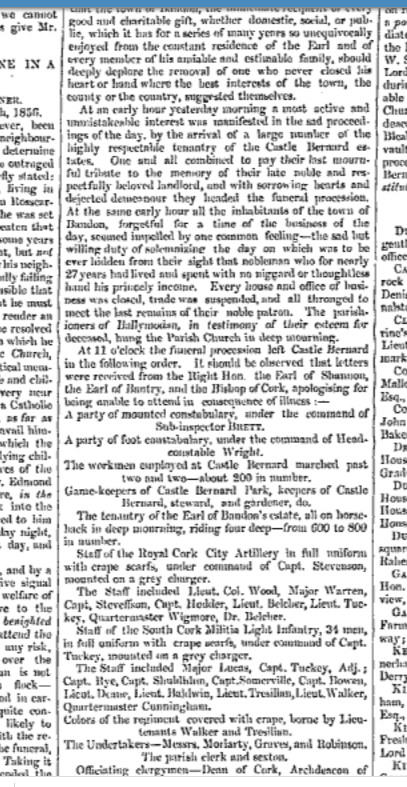 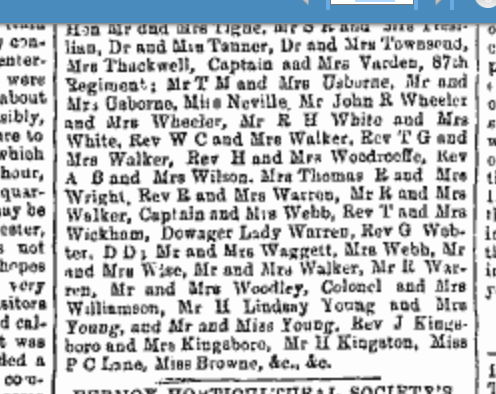 1 thought on “1856, Funeral Attendance of The Right Honourable James 2nd Earl of Bandon,”