Boring machine from Baltimore Industrial School. When the school closed in 1950 it was later used by Jer O’Sullivan Blacksmith, Ballydebob, and foundlings in late 18th and 19th century West Cork.

Baltimore Industrial school was set up by Father Davis with assistance of Baroness Coutts. In its early years it prepared boys for marine activities, fishing and the British Navy.

However many of the boys ended up as labourers on farms. They were ill equipped socially. educationally and for many it was a life close to slavery with strong farmers. Often the farm animals were better looked after. 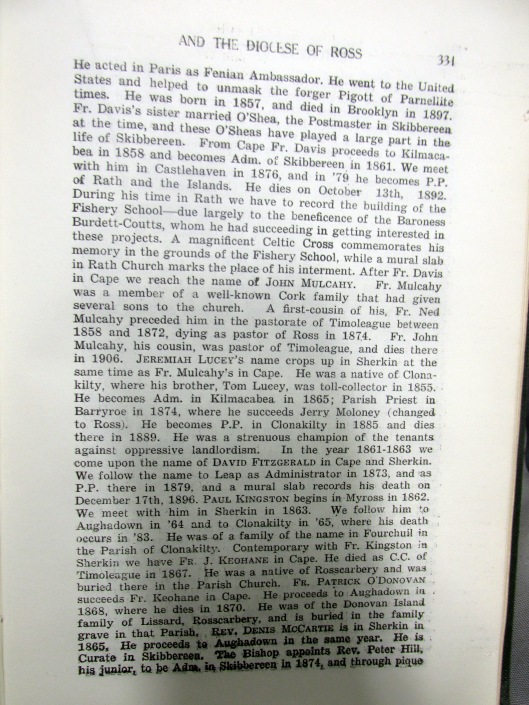 The issue of children born out of wed lock is not new. The surviving registers of the Church of Ireland both for baptisms and vestry records have many reference to foundlings. Pre 1870 the Church of Ireland was the State Church and had responsibilities in areas such as child welfare. Often the babies were left outside church gates or just abandoned. The vestries often met and included in their provision was an allocation for the care of foundlings.

In the Innishannon Church of Ireland death records from the late 18th and early 19th century there is disturbingly high rate of death among young boys in the local Charter School. The statistics would suggest that no one cared.