From  Should the Munster Bank have been saved?  Cormac Ó Gráda, University College Dublin  WP01/ 15July 2001

In the century and a half since Sir Robert Peel s Bank Act of 1845 only two major Irish banks have failed.  The Tipperary Bank, which folded in February 1856, was one of the swindles perpetrated by John Sadleir M.P.   Less drastic in terms of losses to shareholders but more interesting as banking history is the collapse of the much bigger Munster Bank inJuly 1885.  Though the problems which led to its demise were largely self-inflicted, several observers felt at the time that it could, or should, have been rescued.  Some even accusedIreland s then quasi-central bank, the Bank of Ireland, of allowing it to sink.  Was this an example of the Bank of Ireland failing to discharge its unofficial responsibility as the Irish Banking system’s lender of last resort (LLR)?  Or was it a case of the Old Lady of College Green acting so as to minimise the moral hazard inherent in that function

Of those mention attending the meeting 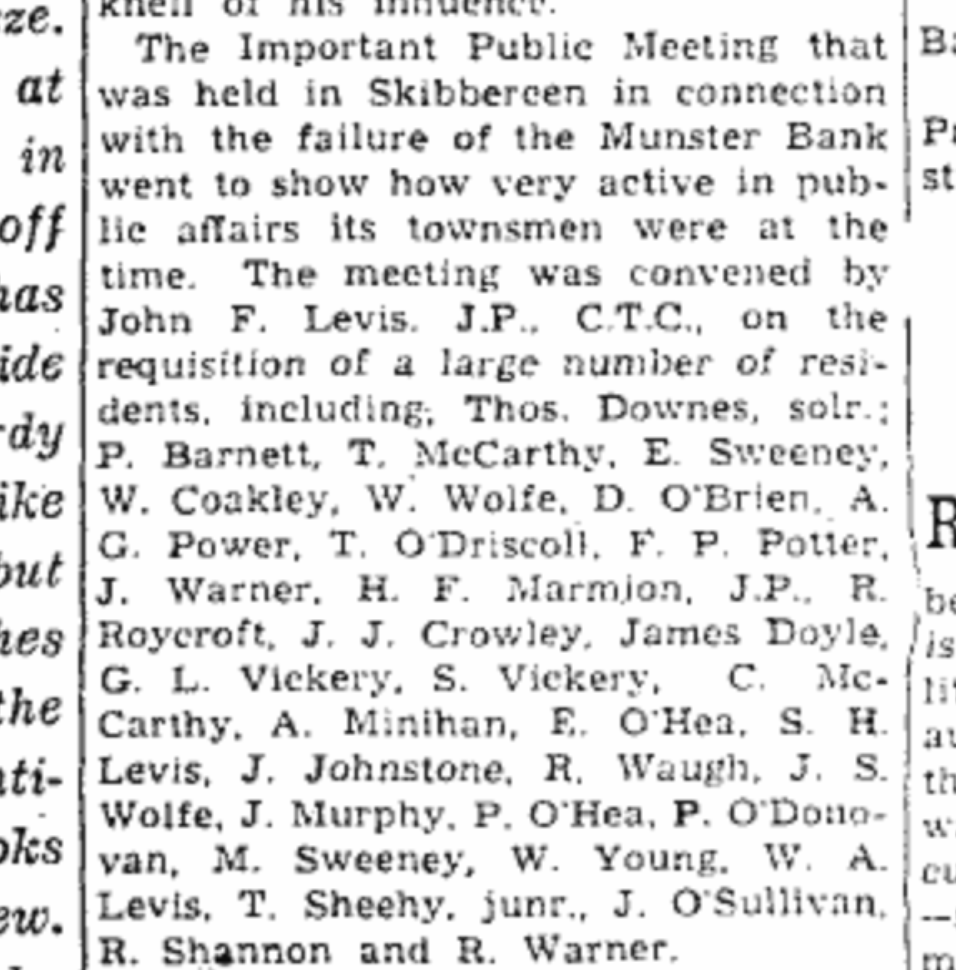