1857, Funeral of Dr. Jeremiah (Jerrie) Crowley, Apothecary Hero of the Famine in Skibbereen

From extracts of the Recollections of Jeremiah O’Donovan Rossa, 19165 Skibbereen Eagle, 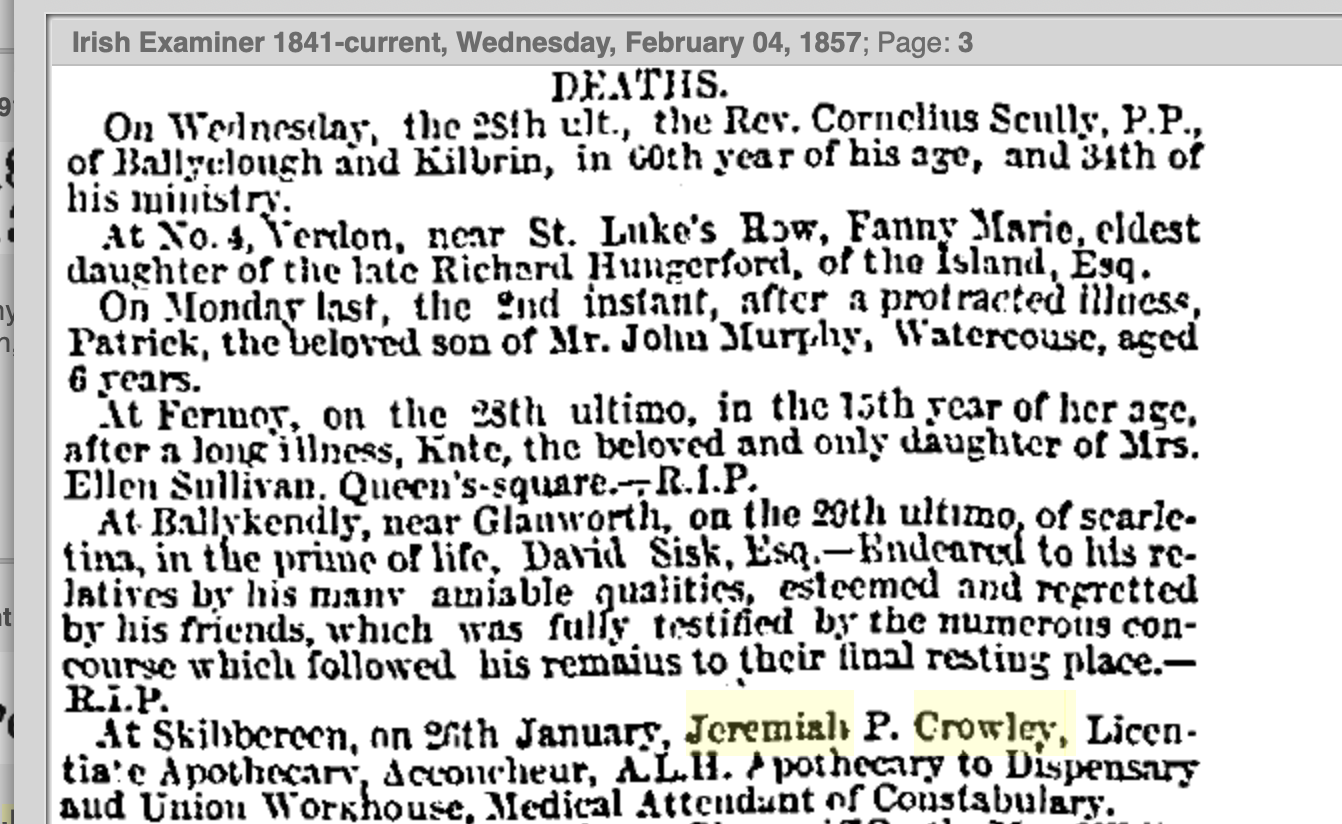 I particularly appreciate the part of the story where the funeral rites went a bit ecumenical. My Irish family were mostly Protestants – at least nominally (I have found several intermarriages). In Canada those religious “fences” had gates put into them depending on circumstances. And in remote. isolated communities “Neighbour” sometimes outranked theological sorting labels- if one reads the fine lines in those old documents.

It’s decent to see that happening in the fields and churchyards of their homelands too. Ours is far too divisive a world – usually for political and material gains.

Laying a hero to rest deserves unity in more than the felt griefs- and consoling to see the faces gathered on the same side of the fences.

1 thought on “1857, Funeral of Dr. Jeremiah (Jerrie) Crowley, Apothecary Hero of the Famine in Skibbereen”