A full account of his life is give here:

“The Count Plunkett habeas corpus application and the end of the Dáil Supreme Court” in-person lecture given by Mr. Justice Gerard Hogan on 28 April at 6:30pm, as part of the Four Courts 100 lecture series. 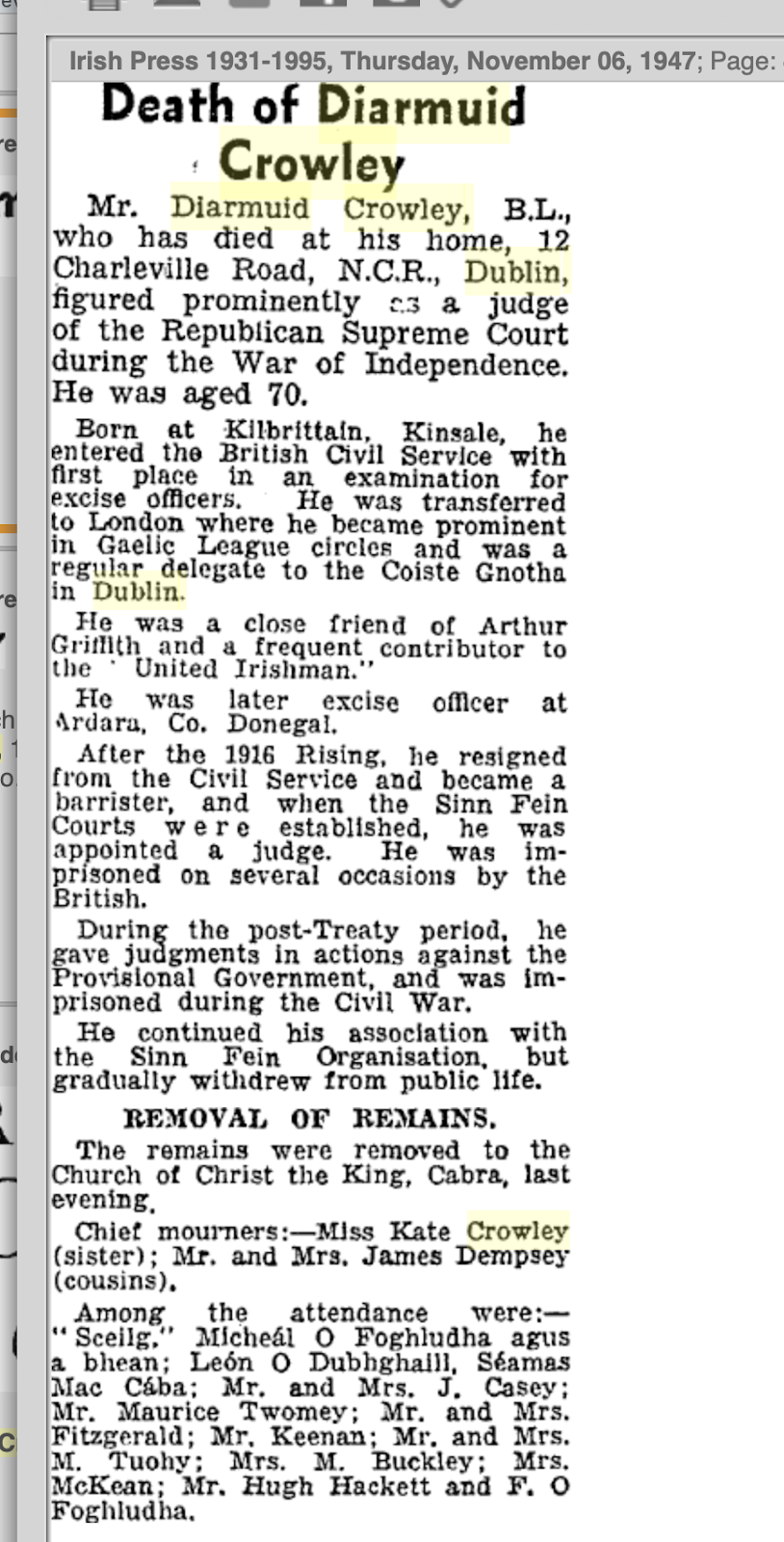 The Crowley seems to have a history of awkward Customers

Father Jeremiah Crowley was jailed following criminal libel trial instigated by the Local Church of Ireland Minister on Mizen. He was give a heroes welcome leaving and returning to Cork. Later unhappy differences between him and Cork bishop entailed him leaving for America same scenarios left the Catholic Church became a Bible hall preacher denouncing the errors of Rome.

The Crowley of West Cork are really McDermotts of Roscommon whop arrived as mercenaries in West Cork some time after 1200. Their nick name Crua (Tough) Laoich (Warrior) eventually became the surname. As McDemotts they are probably part of there Northern Uí Neill descending from Niall of the Nine Hostages;

In this category also are probing many of the Norther Loyalists with a Scots Presbeterian background, descending from the Irish who migrated to Western Scotland pre 1000 returning in the Plantation in the 17th century similarly the Scots Irish in America.