1884, West Musketry Presentment Sessions, Approval to new Road at Gurteenakilla to Serve 15 Townlands to connect to Macroom/Bantry Road. Up to That Point people could not use a cart and had auto carry there produce on the backs of horses or their own backs.

These session were held to forward proposed works to the Grand Jury for approval. The Justices referred ago are Magistrates associated cesspayers were generally prosperous local farmers. when Cork County Council came in existence in 1899 these session were no more.

The Magistrates were abolished in 1922 by the Irish Free State and replaced by District Justices full time paid judges.,

Of there ~agistrates mention John Edward Barrett married the daughter of William O’Sullivan, Esq., Carriganass Castle and managed his wife’s property as well as other local estates , he too lived in Carriganass Castle after his father in laws death. His brother Dr. Barrett appears as a landlord in Kilcrohane and other areas possibly through the William O’Sullivan connection. He was married to the daughter of Charles Roycroft who came from Boulteen, Bantry/Durrus prominent in nationalist politics. His son in law H. B. Minhear is another magistrate. Norwood is Dunmanway and Warren Kilmurray. 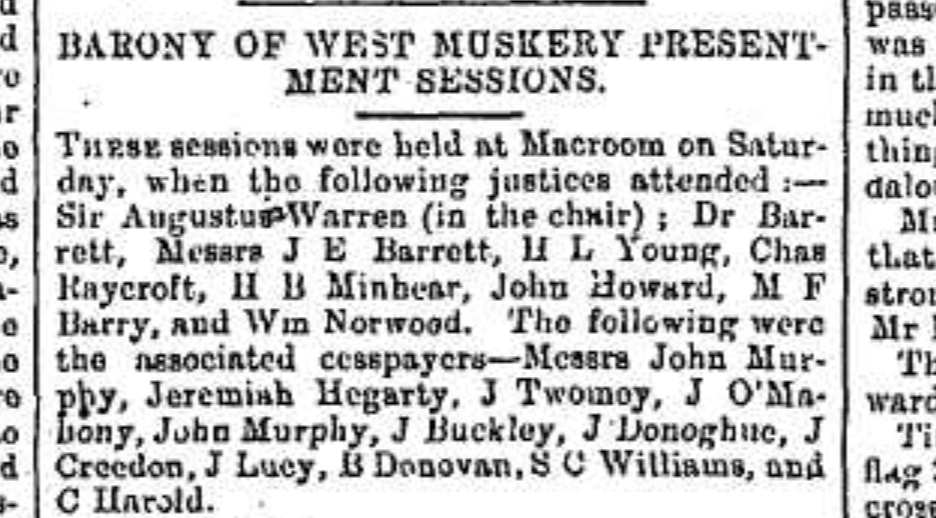 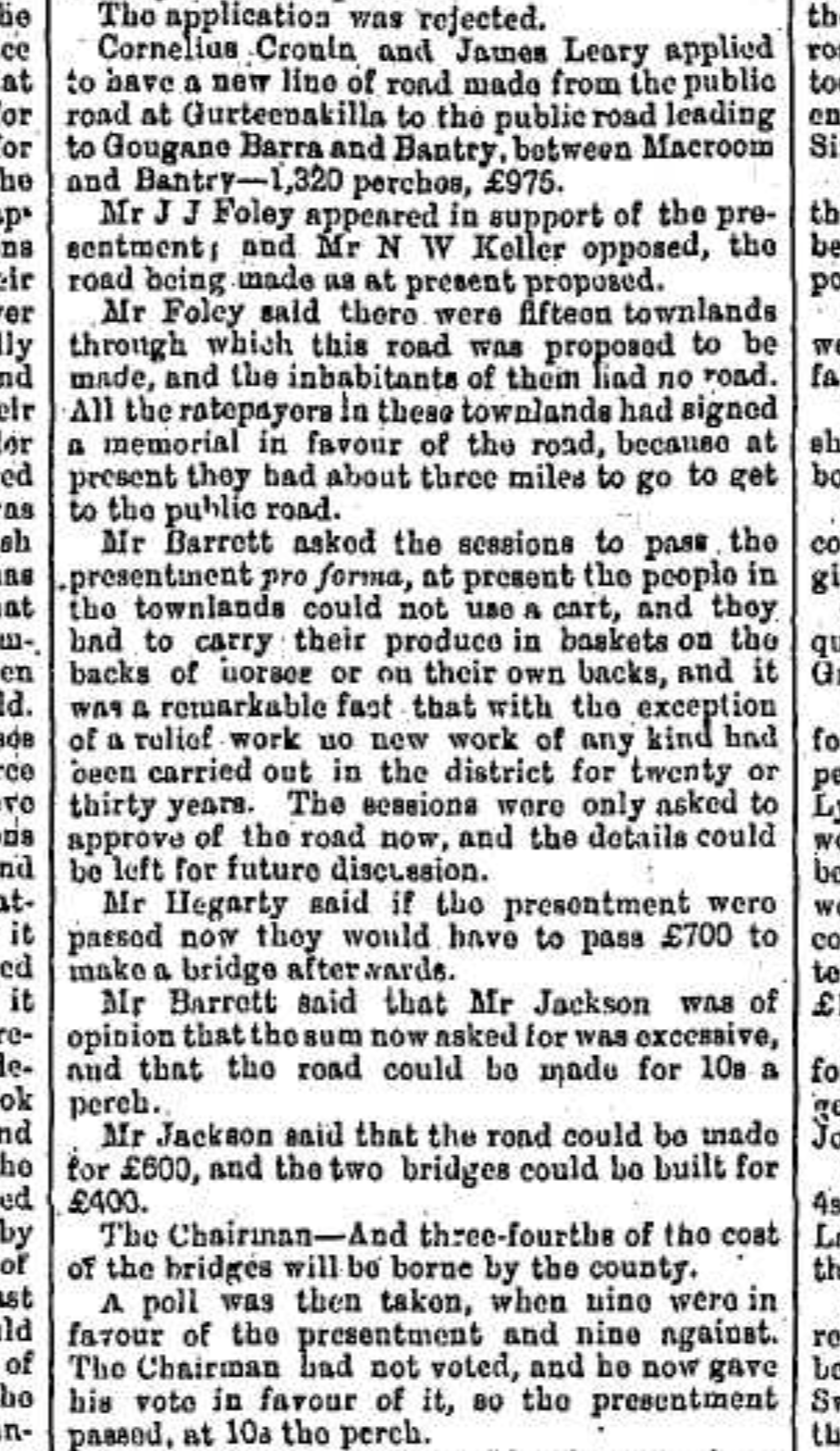