The Hutchinson family were c 1700 extensive landowners in the greater Bantry area. The house at Blackrock is the nucleus of the present Bantry House. Their immediate Bantry estate was acquired over a period by Richard White in the early 18th century and was the basis for the Bantry/White Estate. They were left with residual townlands in the Durrus/Bantry area.

Nowadays there is virtually no local knowledge of the families existence.However given that there were large families there are probably many in Ireland and worldwide who may be able to trace their descent to the Hutchinsons.

The family is not to be confused with the Hutchins who are in various locations around Bantry Bay. Sometimes both families appear in deeds but they are not related.

The drop in fortunes seems to have commenced with the disposal of Richard White and culminated with the seal of the estate with large debts in the encumbered  Estates Court in 1854. The sale was described as resulting in the death of Arthur Hutchinson with no known heirs. This is not true. His brother William was living in Bantry and was involved some time later in an altercation with Captain O’Flaherty, the owner  of the mining lease of former family lands.

As late as 1804 when Hugh Hutchinson made his will he appeared to have £7,000 to leave to his extensive family.   There were minerals discovered at various locations on the estate and while great hope was projected the mines came to nothing.

The first Ordnance Survey Map shows Clonee, Durrus an area associated with the family. Various wooded areas show it is possible that part of the planting was done in contemplation on the building of a house. 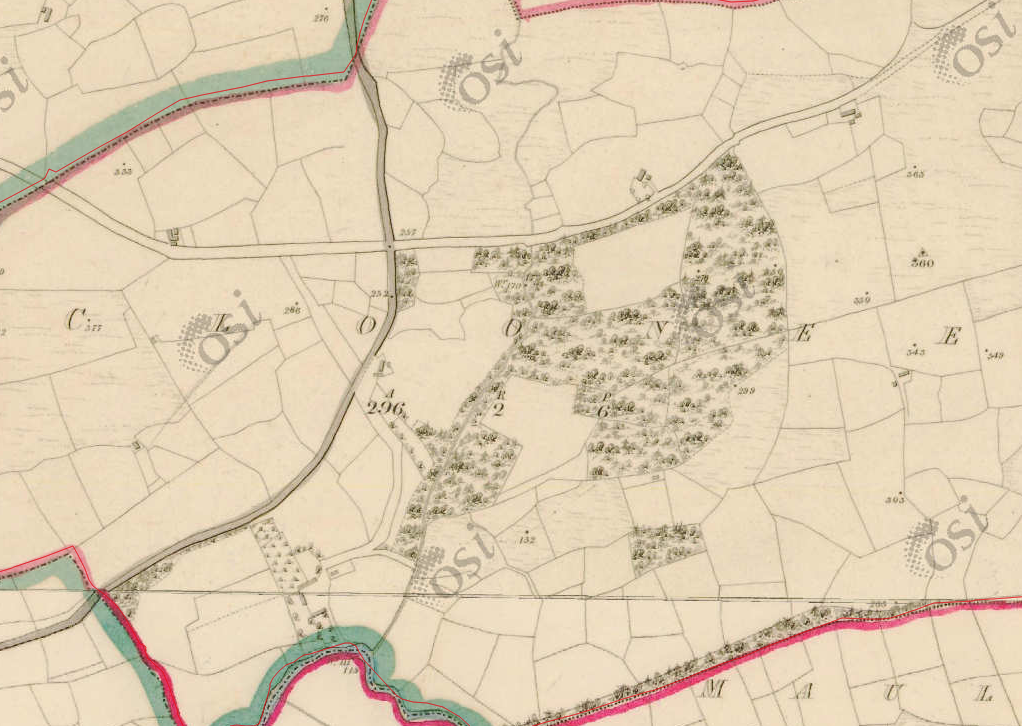 It is likely in the 18th century that the family had a substantial house and building after Blackrock was sold to the Whites but location unknown.  Perhaps when some of the 8 million Land Commission records stored in a warehouse see the light of day the picture may become clearer.

Enclosed below are extracts from various deeds, many of which have been transcribed by Ron Price.