The people who appears in the deeds such as the Shannons of Durrus are affluent, contractors and in the 1790s advancing money to local impecunious landlords.

Only a small fraction of the

Interestingly here Keady O’Donovan is described as Gent., with various addresses. It is possibly that the Richard O’Donovan who died in 1795 at Pilchard Point, Bantry is his father.

Other addresses are Rosnacaheragh the home of Richard O’Donovan, who build the house a O’Donovan Cove and whose three sons Timothy, Richard and Doctor Daniel were all landlords adn magistrates. It is possibly they were cousins of Keady. They look like they have a common place of origins at Ballaghadown, Caheragh/Drimoleague.

That O’Donovan family was sufficiently affluent to enable Richard to attend the University of Toulouse in France in the 1750s. Later Daniel O’Donovan in about 1820 qualified as a physician in Edinburgh.

1752, Timothy (O’) Donovan, Ballyhadown (Caheragh) ancestor of Cove/Fort Lodge family, not clear if one or two in grants. 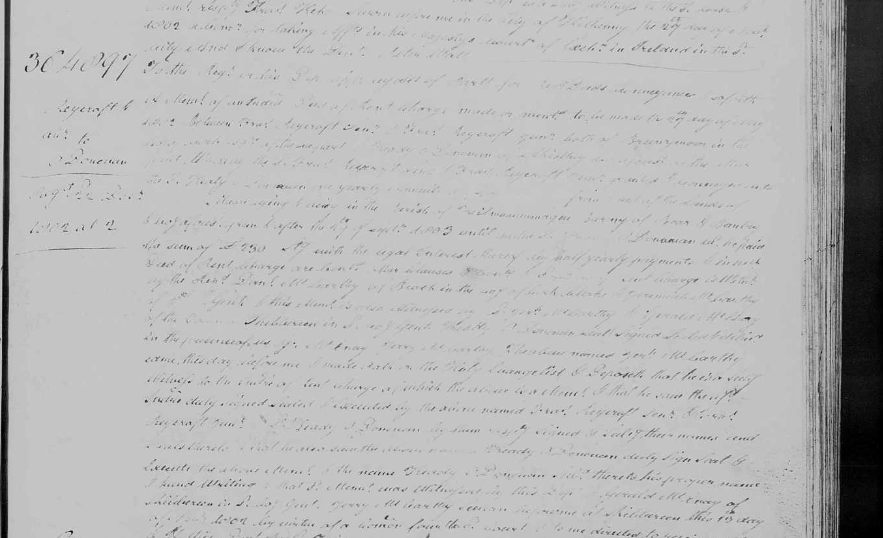 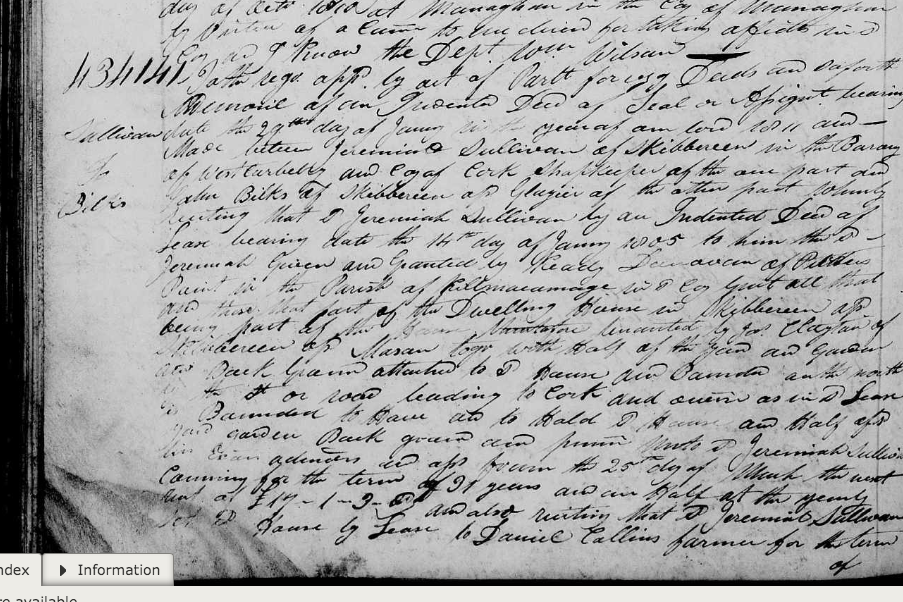 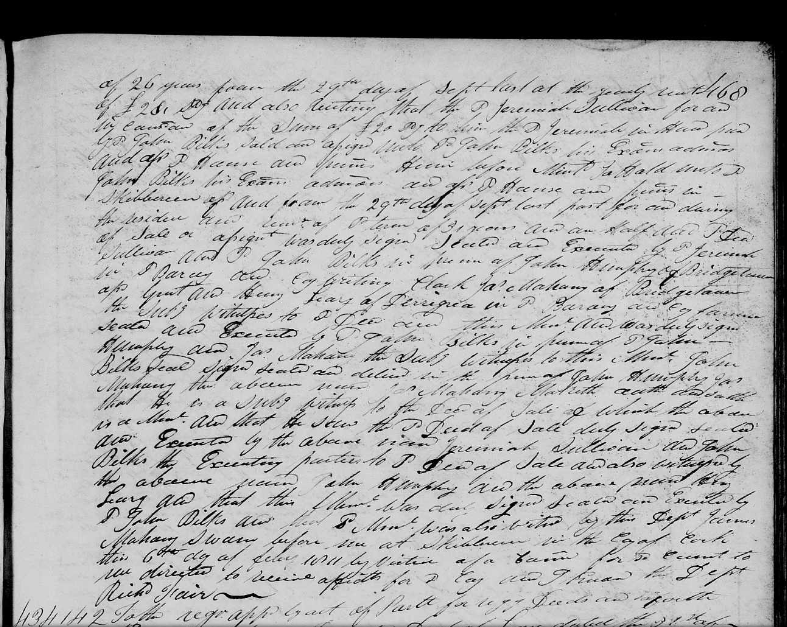 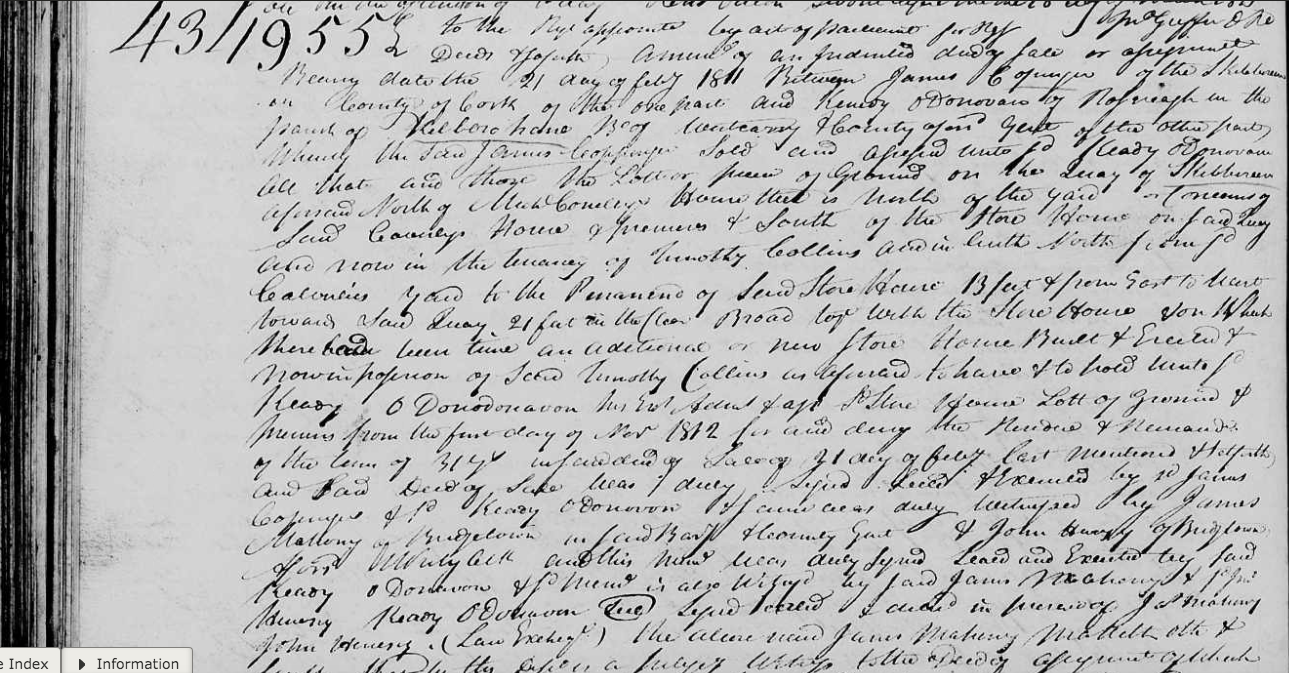 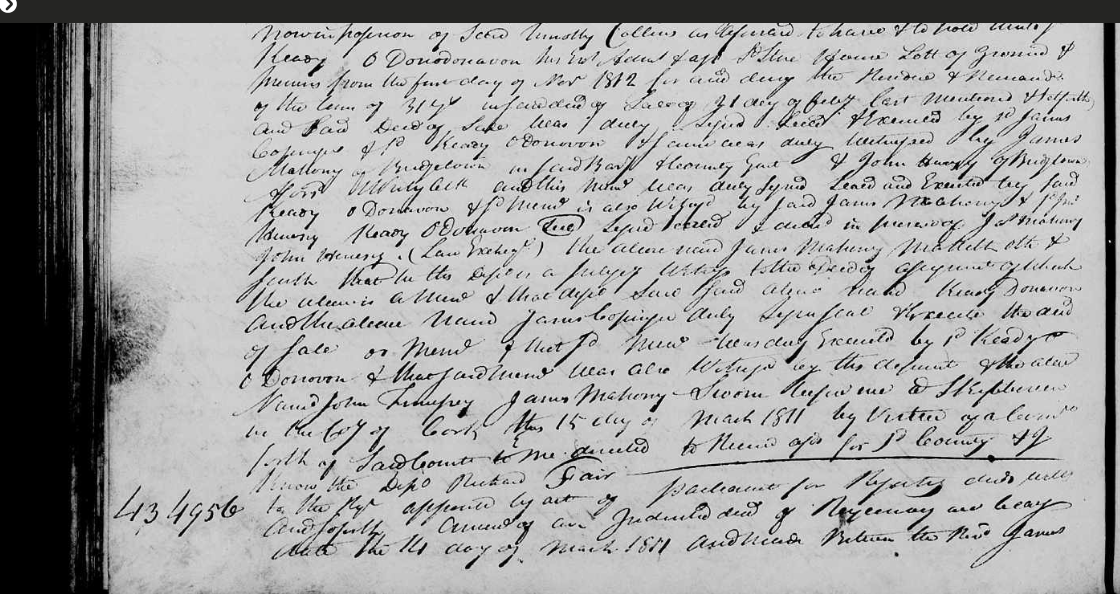 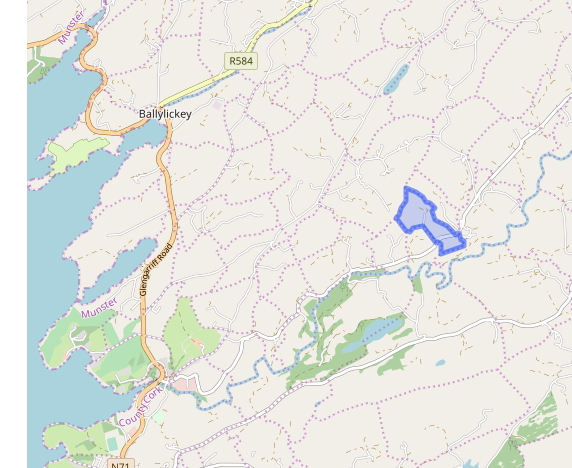 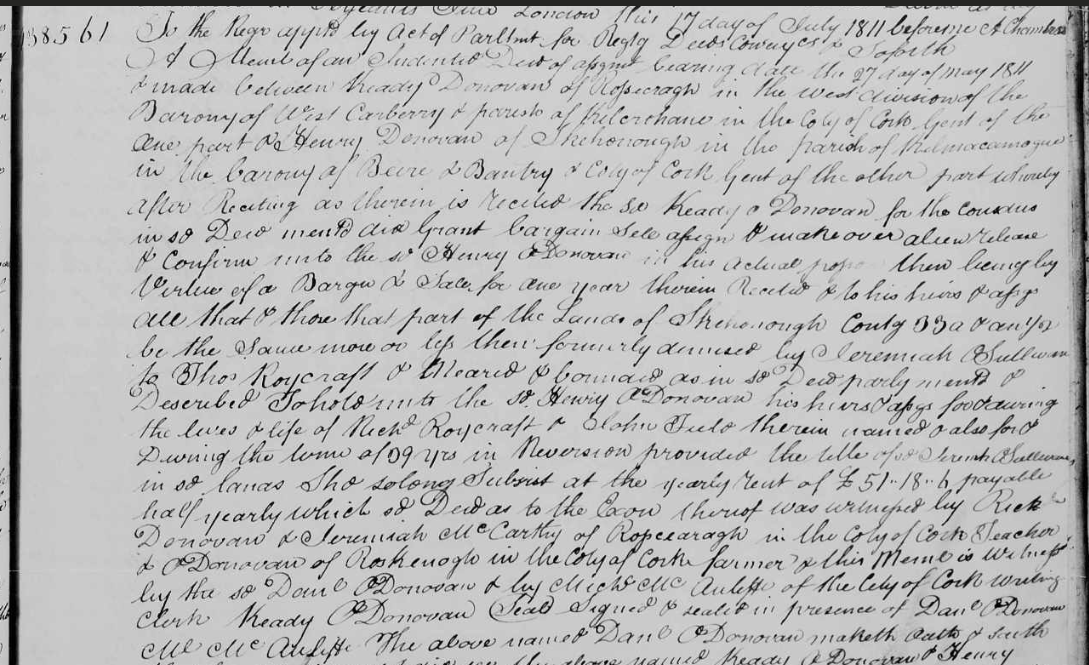 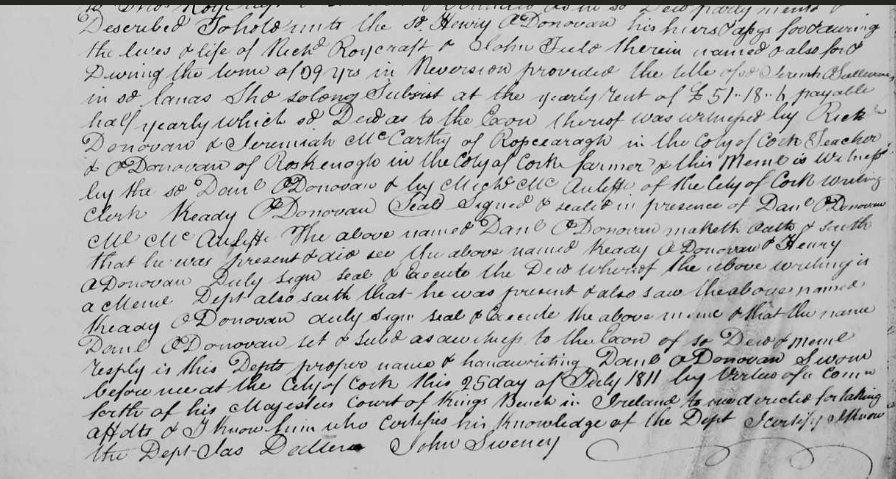 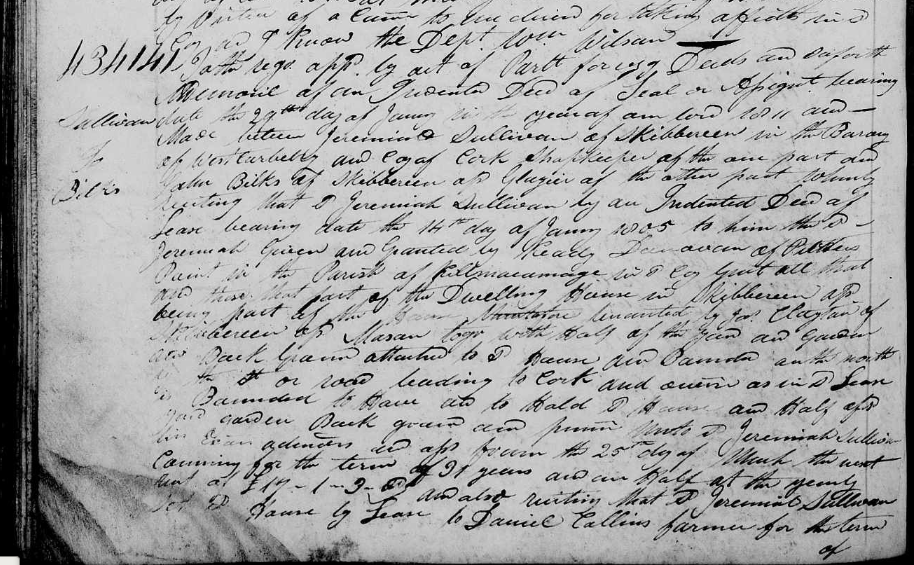 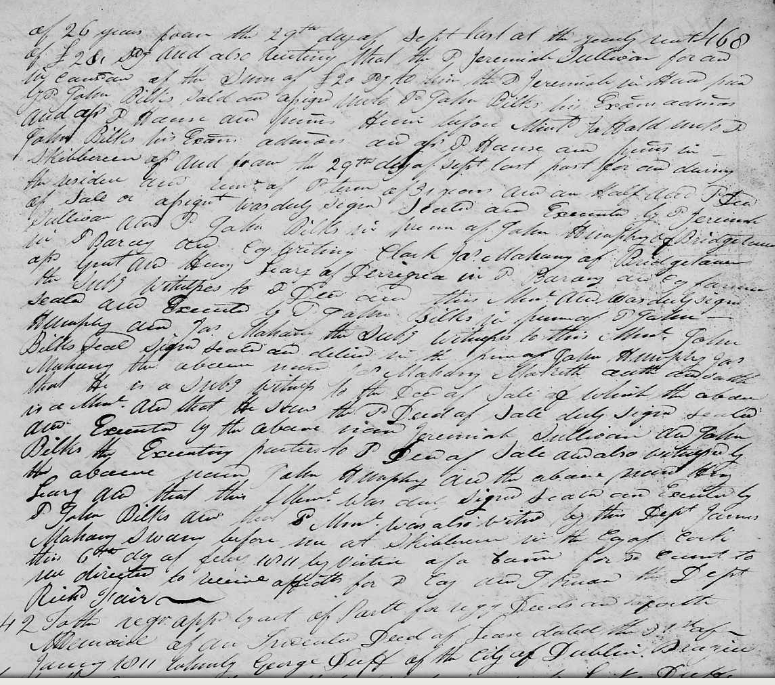