From one  of Robert Days very numeros articles in the JOurnal of the Cork Historical and Archaeological Society.  now one line search by Day

PDF No 6 of Robert Day’s articles, 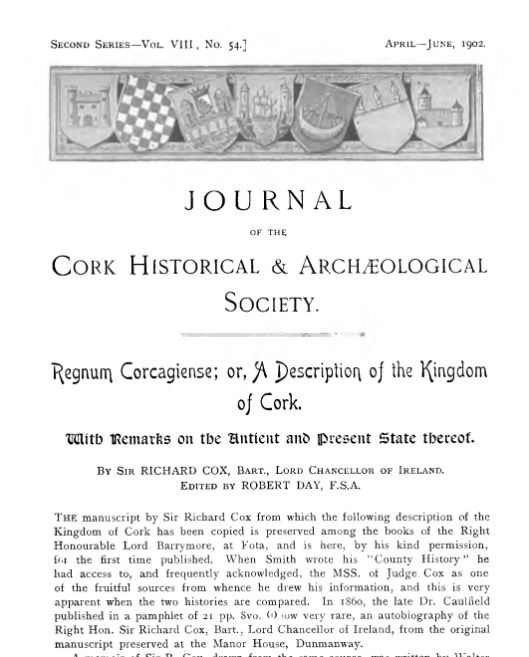 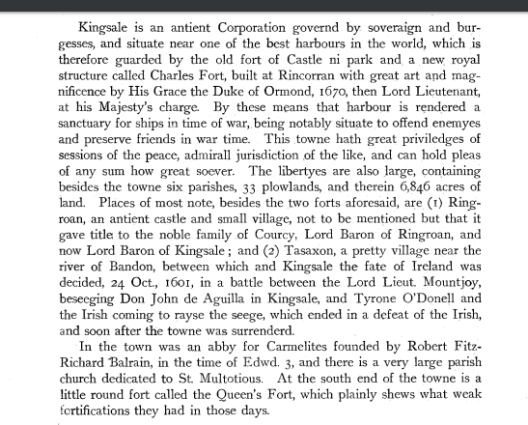 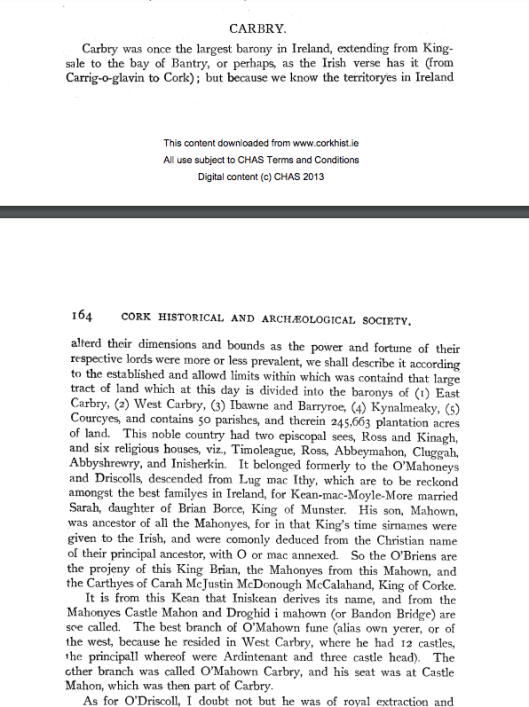 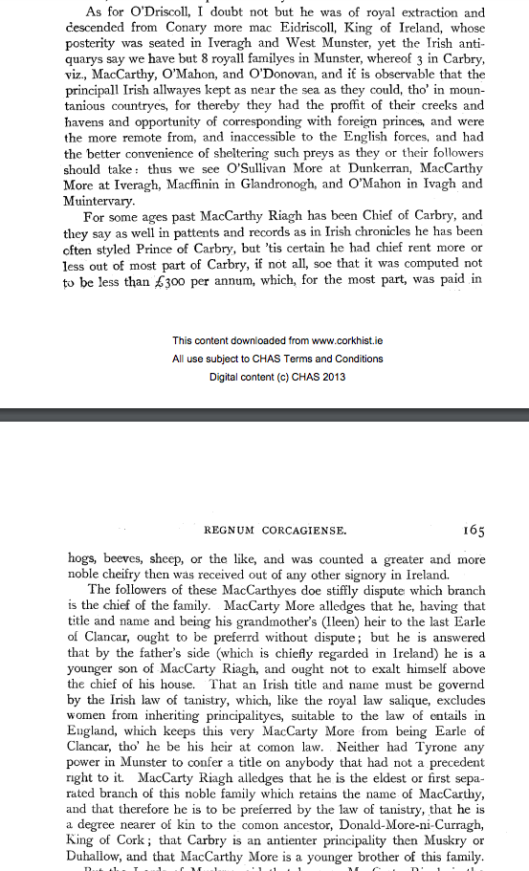 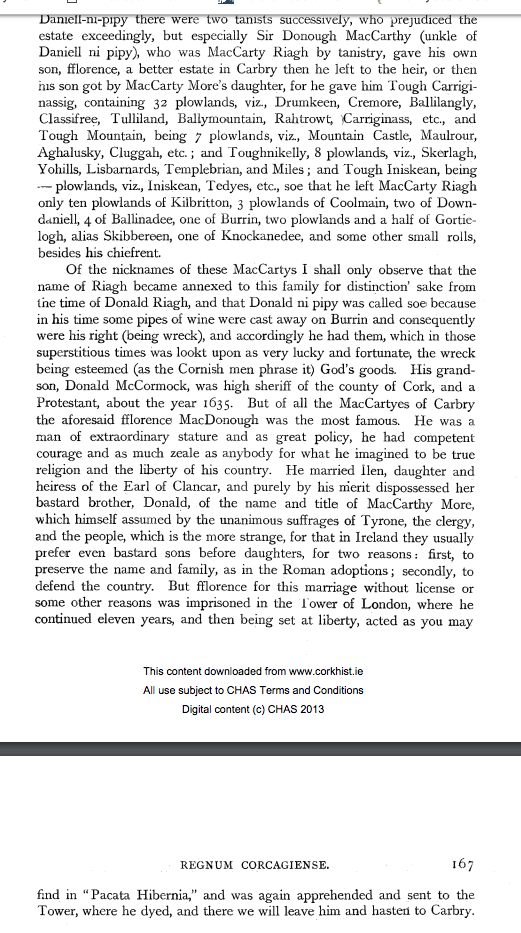 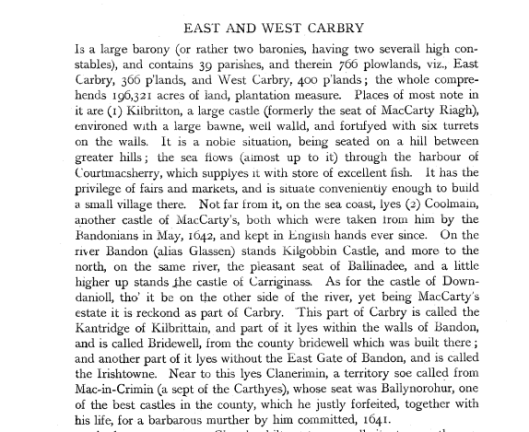 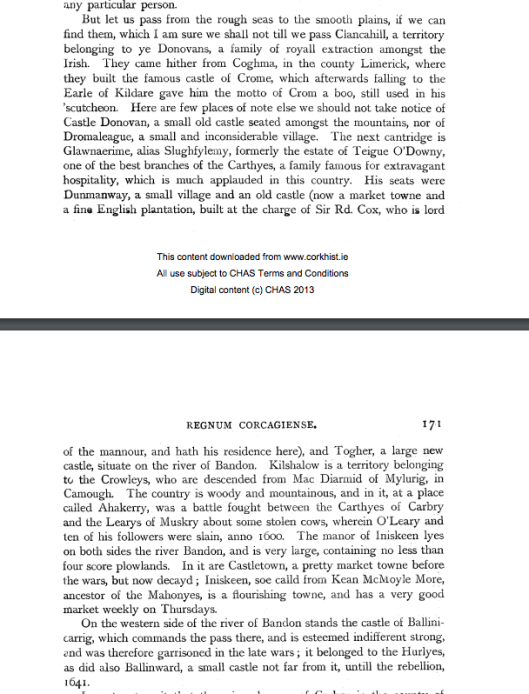 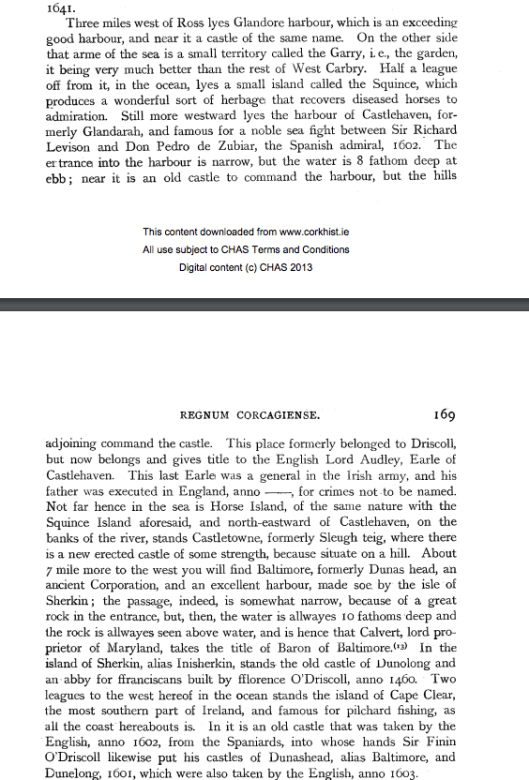 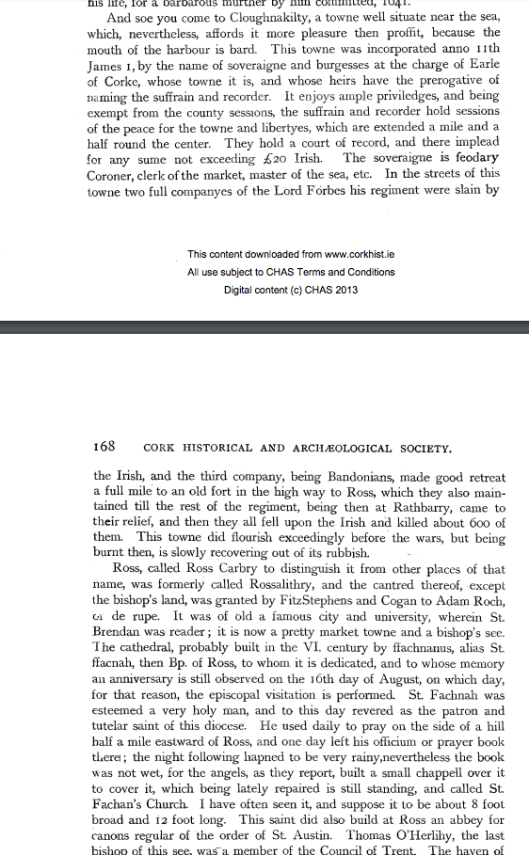 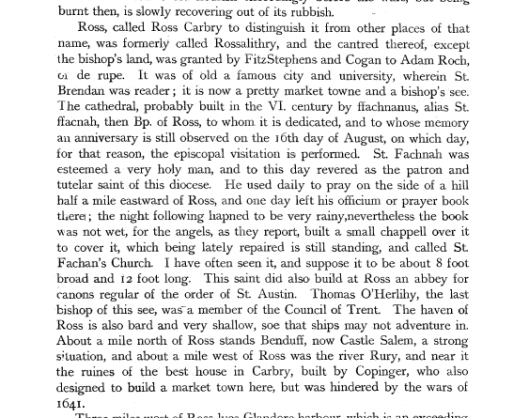 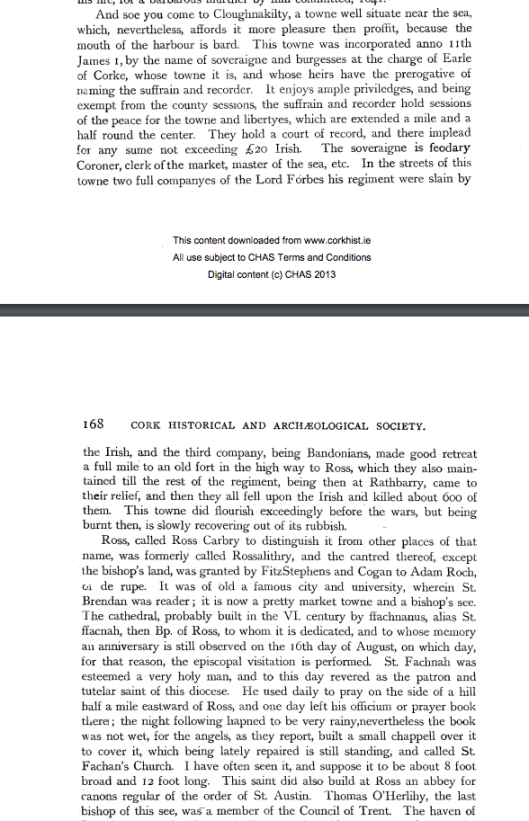 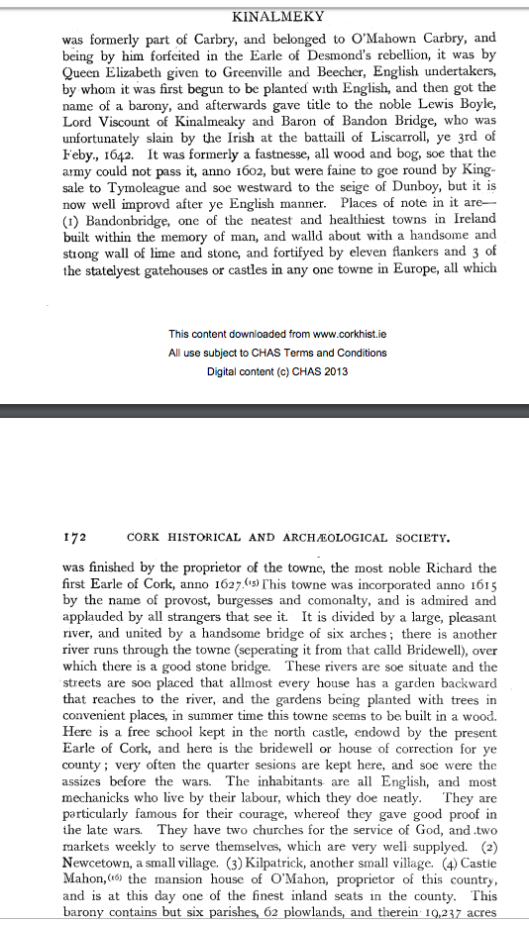 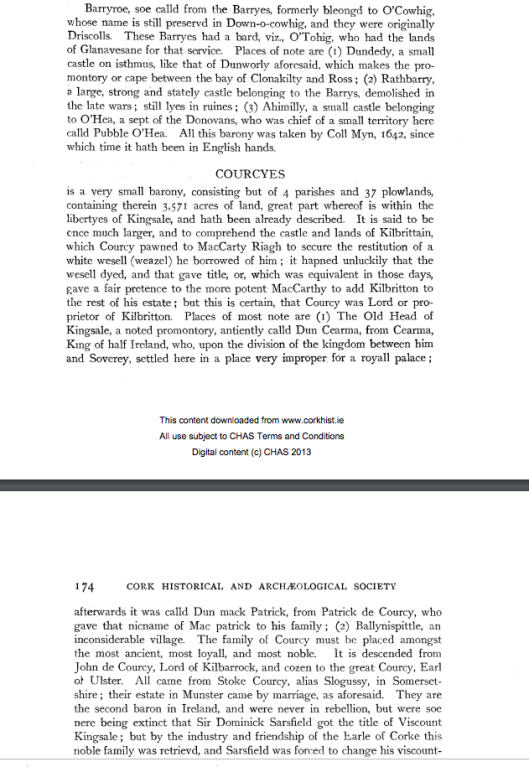 There is a praise-poem to Sir Richard Cox composed by the otherwise unknown poet Cormac Ó Luinín and transcribed in the hand of Charles O’Conor (1710-1790) in a manuscript held in the library of of Clonalis House, seat of the O’Conors, in Castlereagh, Co. Roscommon. A digital copy is held on the Dublin Institute of Advanced Studies website at ISO [Irish Script on Screen Project] – online ; see also copy attached.

Commentary
[Darrell Figgis?], Ireland’s Brehon Laws [CTS n.d.], 32pp. pamphlet gathered in Irish History and Archaeology [bound collection]: ‘Sir Richard Cox, the author of Hibernia Anglicana, would not admit the Irish possessed written laws at all. A Co. Leitrim man, Thaddeus Roddy, has put it on record that ‘his honoured friend Sir Richard Cox, would not believe in the existence of written laws until, in the summer of 1699, he showed him some of his thirty books of Ancient Irish Laws’. Notwithstanding the enlightenment he got from Roddy, Sir Richard Cox afterwards illegally imprisoned Hugh MacCurtin, in Newgate, for refuting his own inaccurate and misleading statements about the laws of Ireland in a pamphlet published in 1717.’ (Copy in Library of Herbert Bell, Belfast.)

Russell K. Alspach, Irish Poetry from the English Invasion to 1798 (Philadelphia: Pennsylvania UP 1959), remarking that Hibernia Anglicana (1689), incidentally attacks ‘the ridiculous stories which they have publish of the Firbolgs and Tuah-de-danans’, with particular reference to Peter Walsh’s Prospect (1982); see Cox, Introduction, pp.1-2, and and Apparatus, p.4; cited in Alspach, p.74.)

Joseph Th. Leerssen, Mere Irish and Fior-Ghael (Amsterdam & Philadelphia: John Benjamins, 1986), Sir Richard Cox, Some thoughts on the bill for prohibiting the exportation of woollen manufactures (Dublin 1698); Some thoughts on the bill depending (Dublin 1698) [do.]; Hibernia Anglicana, 2 vols. (London 1698-90). Leerssen distinguishes the younger and the elder Cox [see index]. The elder Sir Richard Cox fled Ireland in the Civil War; later, as Lord Chancellor, he was one of the prime movers behind the penal laws; An essay for the conversion of the Irish, showing that ‘tis their duty to become Protestants (1698); also Hibernia Anglicana, or, the history of Ireland from the conquest thereof by the English to this present time (1698-90), is wholly anti-Catholic and castigates Keating, Walsh, O’Flaherty, O’Sull[i]van Beare. Unlike him, Borlase is even unaware of the existence of those writers. Cox is praised in Walter Harris, Works of Sir James Ware, vol. 3., 207-252. ALSO, This was the first Gaelic history to be published in Ireland, and for it Sir Richard Cox, as Chief Justice, had MacCurtain clapped in jail, where he produced an Irish grammar, dedicated to John Devenish, major-general of the Austrian army in the Netherlands. [Joseph Leerssen, Mere Irish & Fíor Ghael (1986). p. 367]. SEE also Richard Ryan, Biographia Hibernica: Irish Worthies (1821), Vol. II, p.32, Sir Richard Cox, Bart.