The reference to the O’Hea-Cussen is interesting.  John T Collins of Cork in the 1950s compiled a list of newspaper notices rom a collection held by Mr. Cussen Solicitor, Newcastle West. They had originated with the Kearney family Garretstown House near the home place of the O’Heas. 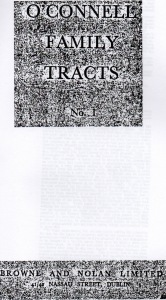