His grandmother was Mary Mellifont , this family were probably Protestant in Bantry and Skibbereen in the mid 18th century but her father was proclaimed a Raparee c 1690.  They were middle men on the Bantry and Kenmare Estates. 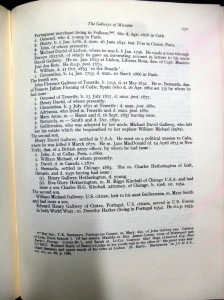