Convert Rolls from Catholic to Church of Ireland, Penal Laws:

Shuldham/Shouldham – The Shuldhams were originally from Norfolk. In 1690 Shouldham from Dunmanway, the Solicitor General for Ireland, married one of the Whites of Whiddy Island later this line became the Whites of Bantry House. In the early 18th century Edmond Shuldham of Ardtully, County Kerry married Mary MacCarthy, daughter and heiress of MacCarthy Spaniagh of Dunmanway, county Cork. Their eldest son, Edmond Shuldham, held lands in the counties of Cork, Limerick and in the city of Dublin. He was a subscriber to Smith’s History of Cork in 1749. Many members of the family followed military careers. Arthur Lemuel Shuldham of Dunmanyway, and of Pallas Green, county Limerick, had a son Edmond William who was Quarter Master General at Bombay for a number of years. At the time of Griffith’s Valuation General Shuldham owned an estate in the parishes of Oola and Tuoghcluggin, barony of Coonagh, county Limerick. Thomas Apjohn of Pallas was agent for the Shuldhams circa 1840. In 1851, Maj. Gen. Edmund Anderson Shuldham was among the principal lessors in the parishes of Drinagh, Fanlobbus and Kilmichael, barony of East Carbery, county Cork. His estate in county Cork in the 1870s amounted to over 13,000 acres.

Major General Shuldham was involved in famine relief in Dunmanway and was Chairman of the Workhouse Committee taking an active interest in promoting the inmates welfare. This is dealt with in the Cork Archives Dunmanway Board of Guardian papers referred to below.

From the early 18th century marriage the Dunmanway Shoudhams are a sept of the McCarthys through the female line showing the resilience of this line over the millenia.

From Convert Rolls, Anstace Shuldham, possibly nee McCarthy 1737 Spinster, Co. Cork. The Shouldham Estate in Dunmanway West Cork comprised over 10,000 and arises from the marriage of Shouldham from Kerry/Limerick to a McCarthy heiress in Dunmanway in the early 1700s. This lady may be her or her daughter.

Cork Evening Post had an ad on the 25th August 1766 letting 800 or 900 aces Gleanrough apply to Dr. Creagh or James Galway at Tullyglass near Enniskeane during the minority of Master Shouldam 7 years old.

In the 1880s Colonel Shuldham was involved in evictions from the Estate which is referred to in the Dunmanway Board of Guardians Minutes now in the Cork Archives: http://www.corkarchives.ie/media/BG83web.pdf

Grave of Shuldham family, Coolkelure,Church of Ireland, courtesy Gordon Kingston.  Other family members are buried in Dunmanway graveyard and in Dunmanway church there are stained glass windows to the family one erected late 19th century by O’Donovan D.L. as a memorial to his brother-in-law William Lemuel Shuldham (Cole) 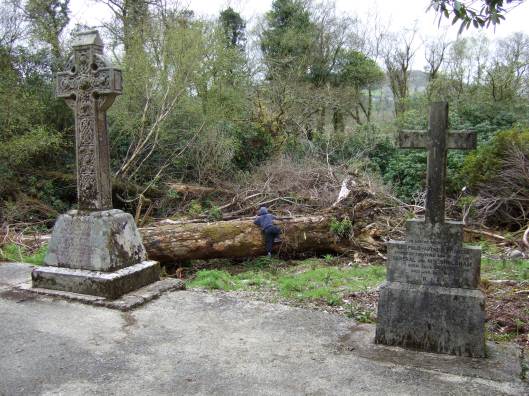 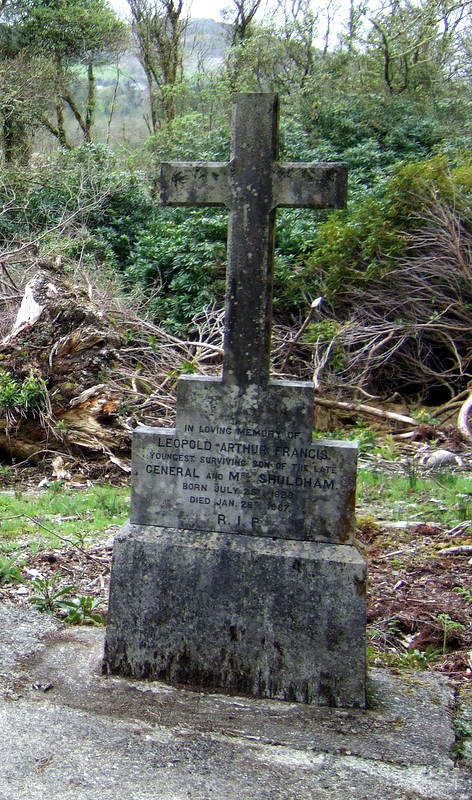