The various obituaries refer to his tenure as a Judge in complementary fashion,  Like many before him he discarded his sectarian and Orange baggage on entering the 4 Courts as a newly appointed Irish Judge in 1842 and in the long tradition of Irish Judges gave a fair and impartial hearing to those who appeared before him.  It would  seem that in the criminal cases he was lenient in sentencing.

The 1835 Banadon election is noteworthy for the tiny size of the electorate. He won He fought the 1835 election for Bandon bridge perceived as the nominee of the Orange faction getting 111 votes against James Redmond Barry, the Liberal who got 79

Support for Rev. Fisher’s proselytising mission at Altar, Mizen and other subscribers, p.32

The Society for the Promotion of the Education of the Poor in Ireland, more famously known as the Kildare Place Society, was established in 1811 by a group of Philanthropic men such as Samuel Bewley, J.D La Touche, William L Guinness and Joseph Devonsher. This society was set up as a non- denominational society however; its rules stated that the bible would be read in schools ‘without note or comment’[1]. This rule caused outrage from the Catholic Church authorities and proved to be an unacceptable rule as Catholic children began to be withdrawn from the schools.

Presumably this should be Joseph Devonsher Jackson. 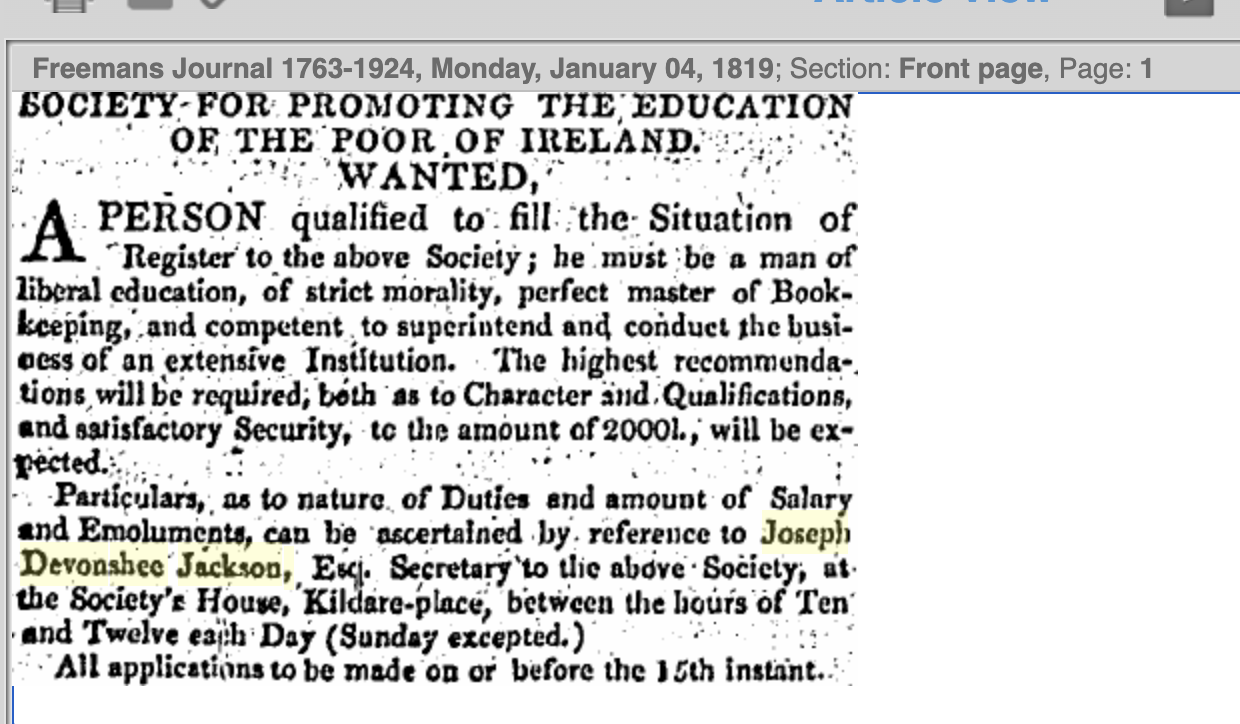 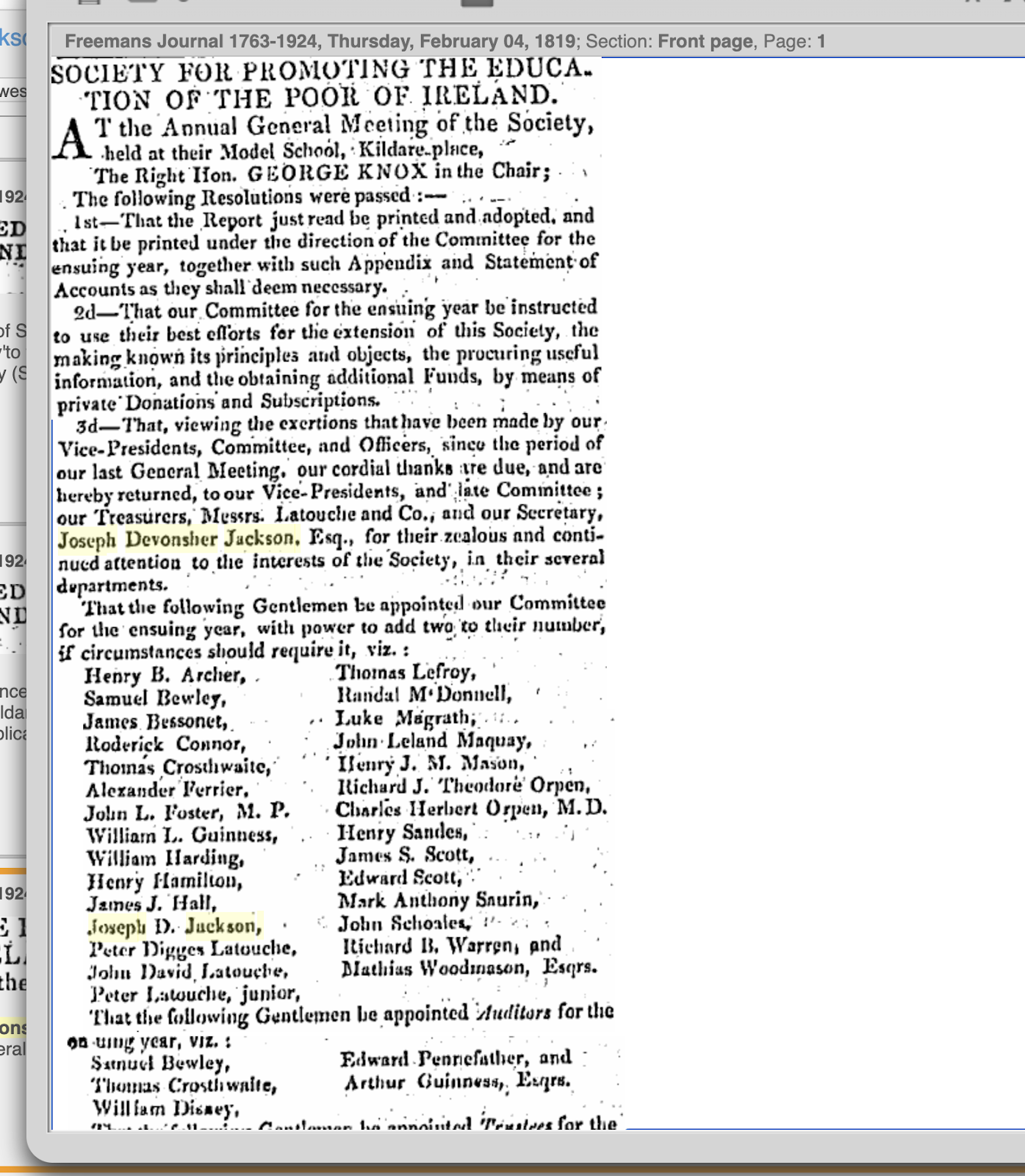 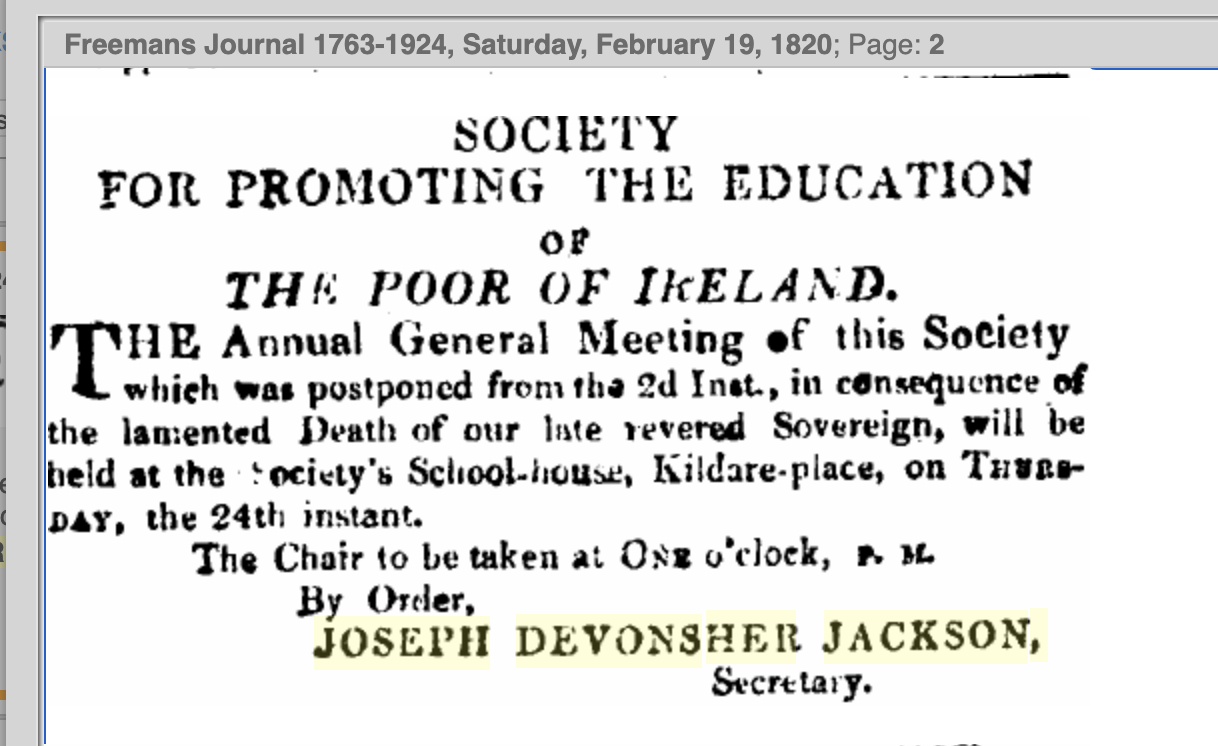 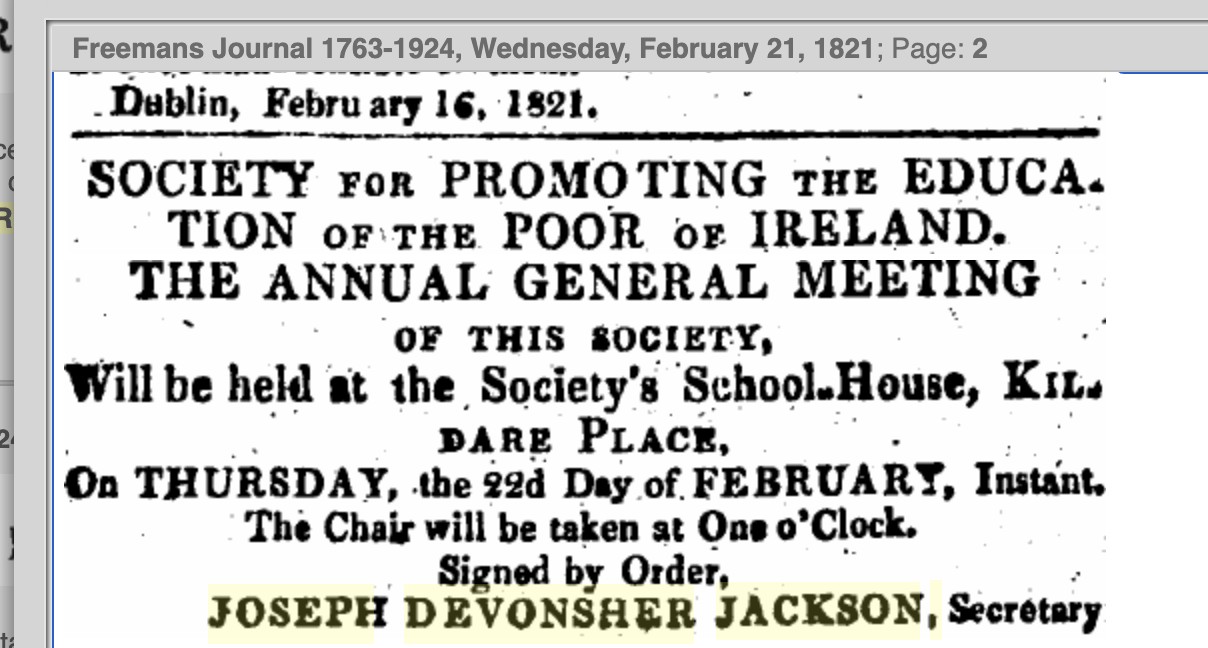