This information piece in the Southern Star was sponsored by the Hospital Trust. In later years it enjoyed a bad press but in its heyday in Ireland it brought huge amounts of foreign exchange to the county the lottery being illegal in most countries except in Ireland

Joe McGrath one of the founders later became involved in establishing Waterford Glass: 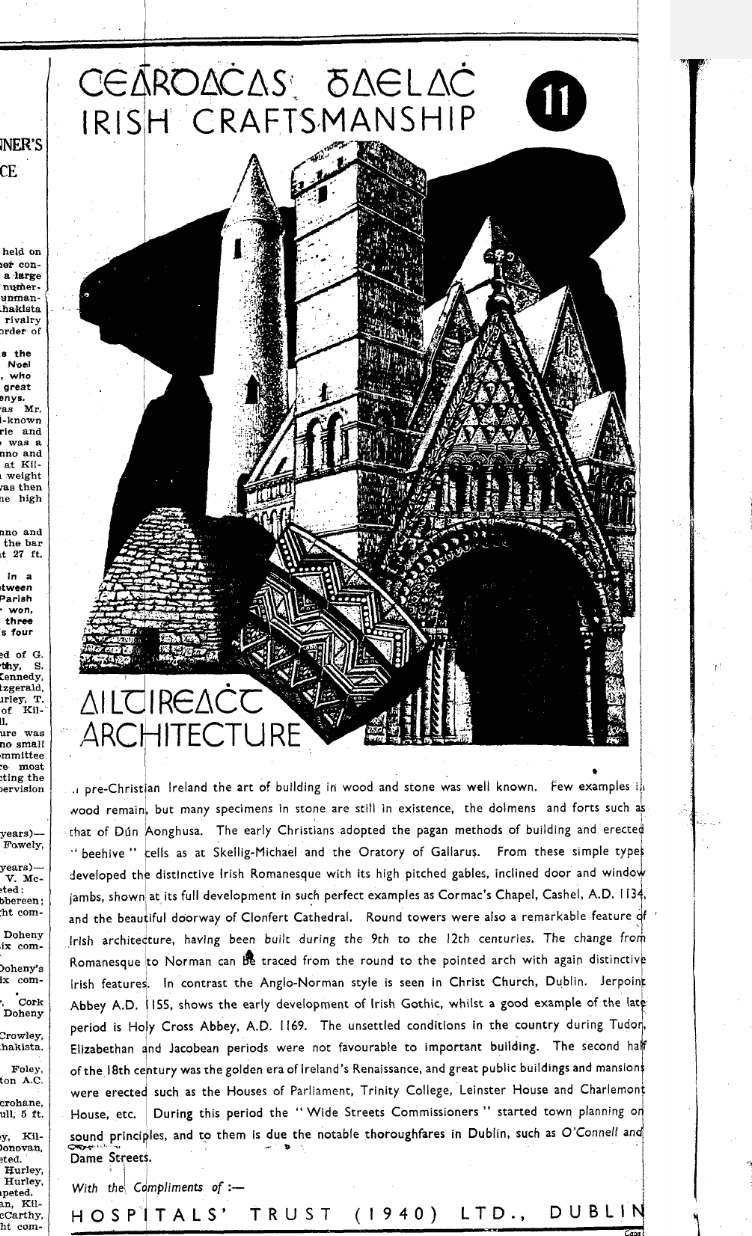