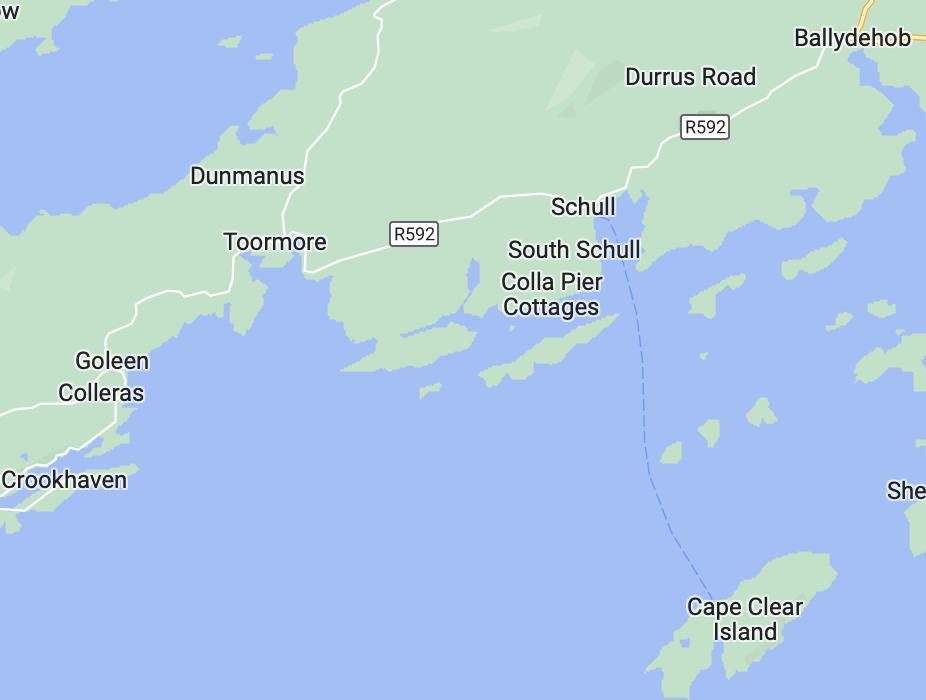 The real heroes of public health in Ireland in the 19th century were the dispensary doctors. Vastly overworked, poorly paid they waged a campaign against ignorance and indifference. The local papers are full of their concerns about dung heaps contaminating water, poor public health. 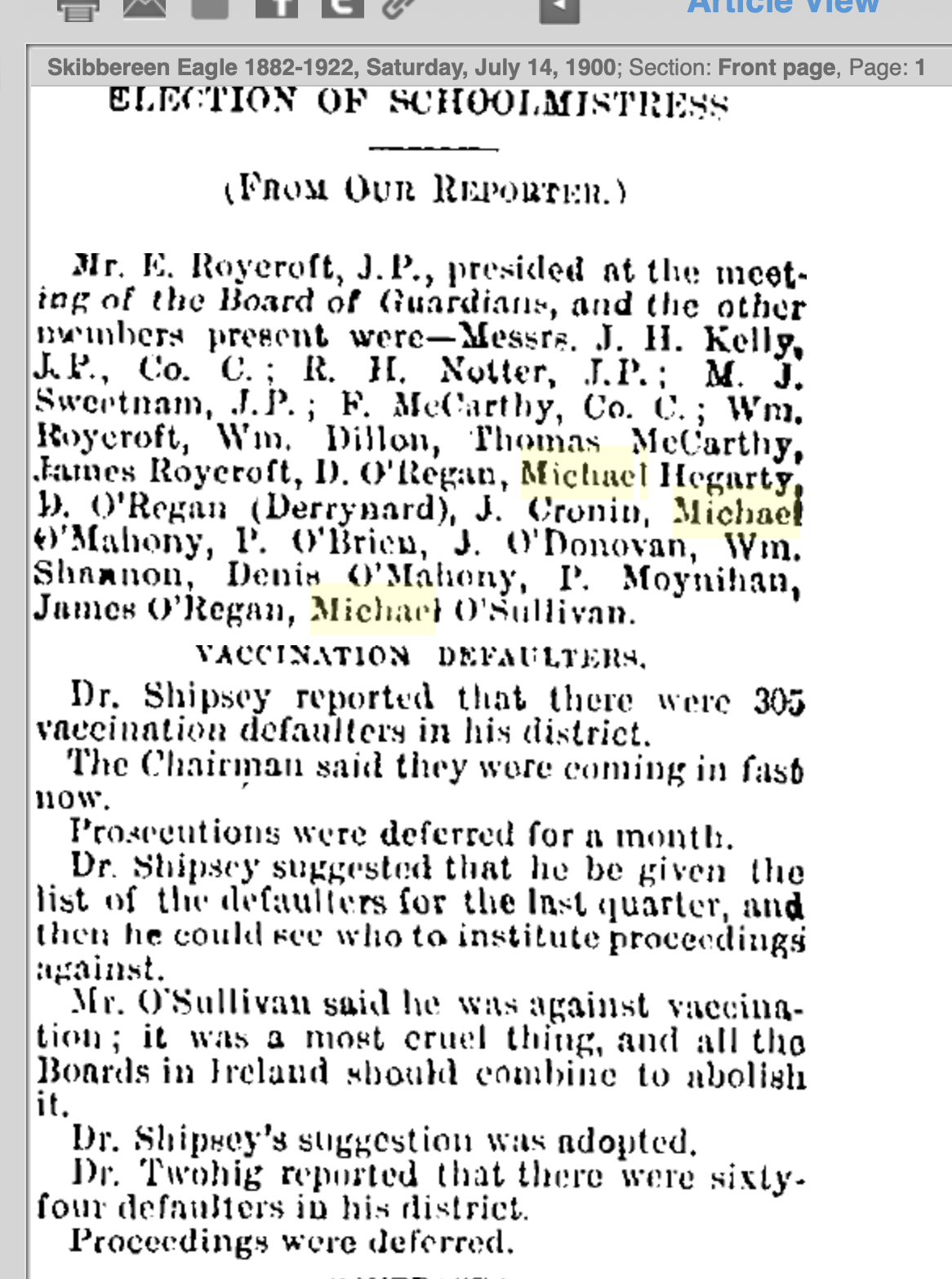 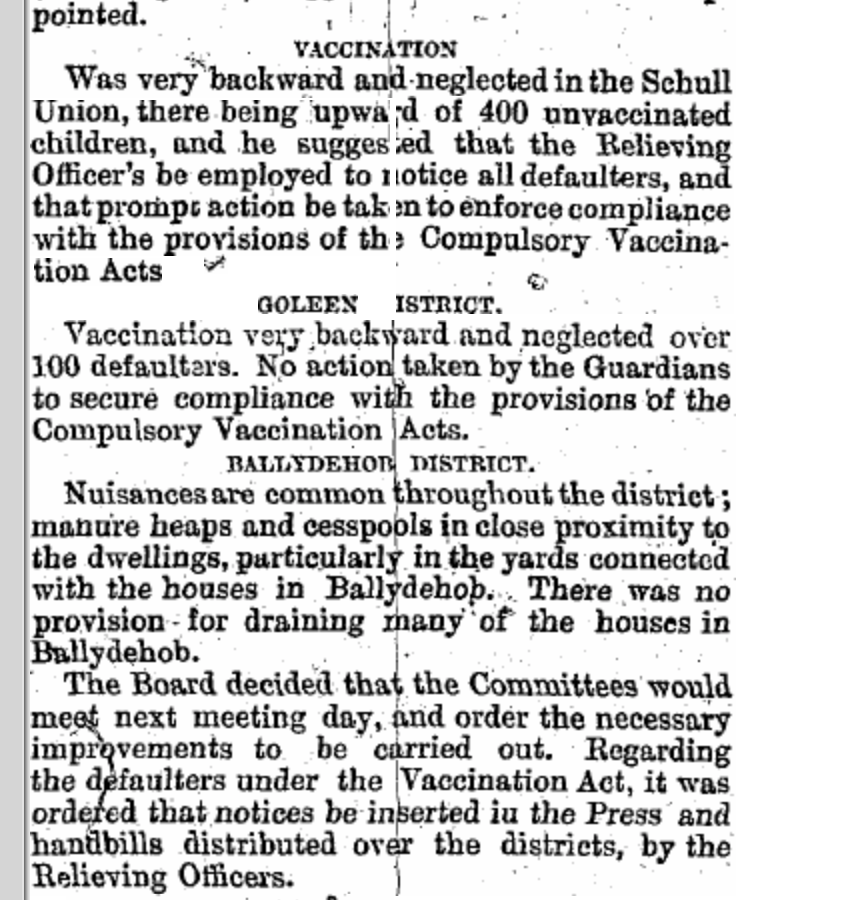 1822, Dr William Folliott, Clonakilty, County Cork, to Chief Secretary’s Office, Dublin Castle, making case for increase of vaccination against small pox in District Edward Hunt, Kinsale, 1822, observes that many Magistrates are uneducated men ‘who in many instances are Tythe Proctors and in most instances are as Middlemen the cruelest and most unrelenting oppressors of the unfortunate tenantry under them’

1832 Cholera in Bantry, 1838 Address of Subscribers to John Symms Bird, on Retiring as Treasurer of Bantry Dispensary.

Pococke visit to Bantry 1758, smallpox, leprosy A Bandon doctor, John Milner Barry had noted in 1800 that exposure to cowpox gave immunity to smallpox; this was known in West Cork as ‘shinach’ from ‘sine’ the Irish word for teat.

Famine Diary of Doctor O’Donovan, Dispensary Doctor, Skibbereen, West Cork, Bodies Buried Coffinless in the Dead of Night in Dunmanus Weighed Down By Stones, to Prevent Starving Dogs From Getting At The Bodies, The Funeral Cry No Longer heard.

1 thought on “1892. In Schull Union Very Backward and Neglected, 400 Unvaccinated Children, 100 Defaulters in Goleen. Manure Heaps Near Houses in Ballydehob. 1900 Schull Rural District Council 305 Vaccination Defaulters, Councillor O’Sullivan against Vaccination ‘A Most Cruel Thing and All the Boards in Ireland should Combine to Abolish it’”