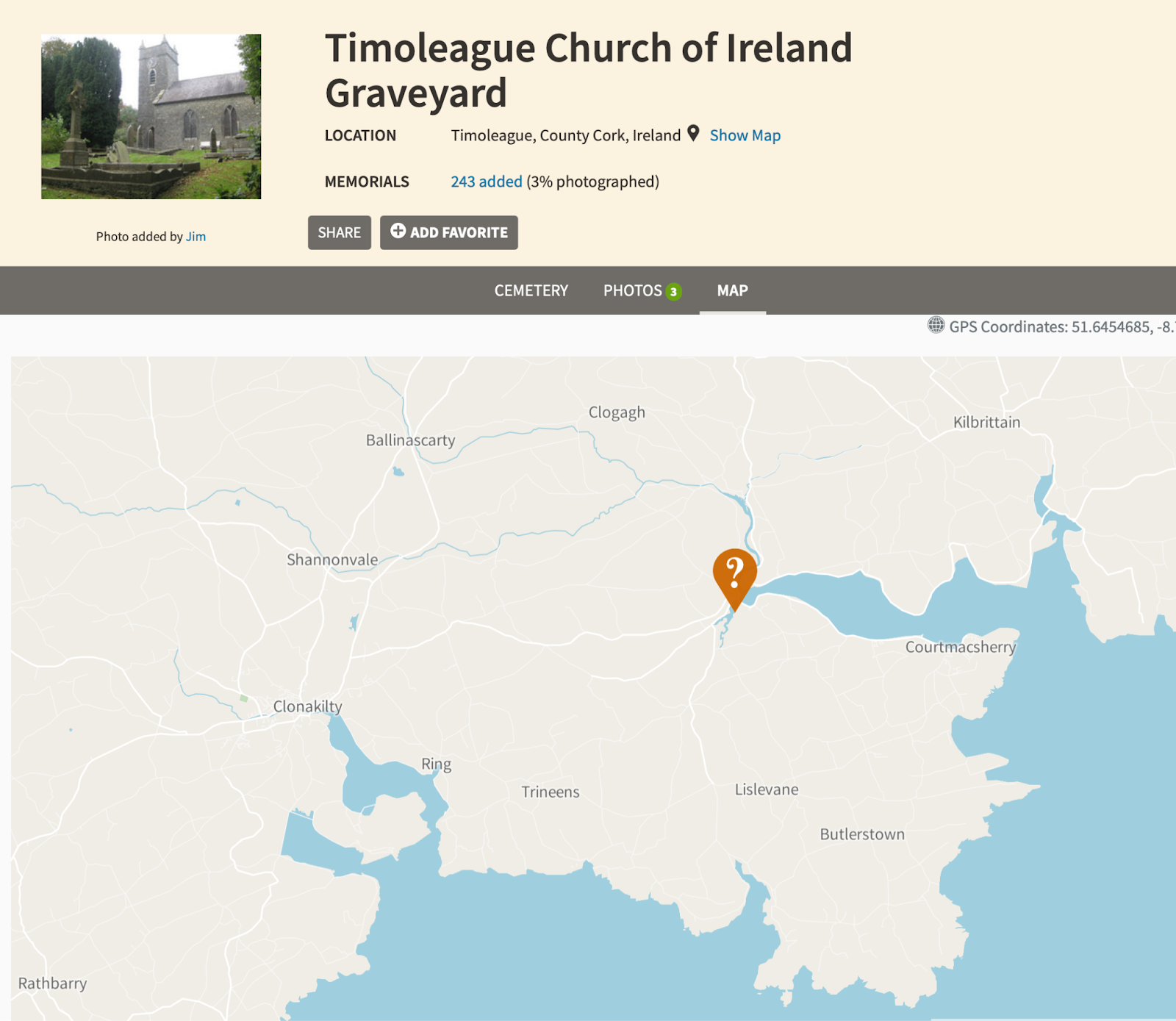 Such an interesting piece, showing the tenor of the times. I think the Rathclaren church is different from the one in Timoleague (The Ascension, in your heading). I think the one referred to in this article is called Holy Trinity and is this one: https://www.buildingsofireland.ie/buildings-search/building/20912325/holy-trinity-rathclaren-church-of-ireland-church-farranagark-cork It does indeed have an interesting old graveyard and a holy well nearby.

Further Report Conveyed to His Grace Lord Primate of the Church of Ireland in Dublin 17th December 1731 on the State of Popery including, Aughadown, Ballinadee, Caheragh, a small shed and cabin, Drimoleague, an altar moved from place to place, Fanlobbus (Dunmanway), three small huts open at one end, Drinagh one small hut open at one end, Kilbrittain, Kinsale, Desertserges, Innishannon, Ross, in a field under a hedge, Rathclarin, Schull and Kilmoe three Mass houses three thatched cabins Priests mostly Friars daily moving to and from France and other Popish Countries from Crookhaven, in the Parish of Kilmoe

2 thoughts on “1900.  Public Meeting Against Closure of Graveyard at Rathclarin.  Ancient Histories Recited.  At Least Cromwell Spared the Graveyards.”