Interesting he attended Blackrock College from the mid 19th century a class of prosperous Catholic professionals and merchants emerged the sons of the going to Clongowes College in Kildare as described by James Joyce, Blackrock College or some of the exclusive English Catholic Colleges such as Ampleforth.

This is one of the most detailed listing of a funeral in the local press. The First World War had started just a year before. Up to 50,000 Irish born men died, Denmark independent and neutral suffered only 700 casualties.

The revolution the following year 1916 changed everything, independence of limited form in 1922. Many of those listed were swept away by 1922.

y those comig out of the shadows, 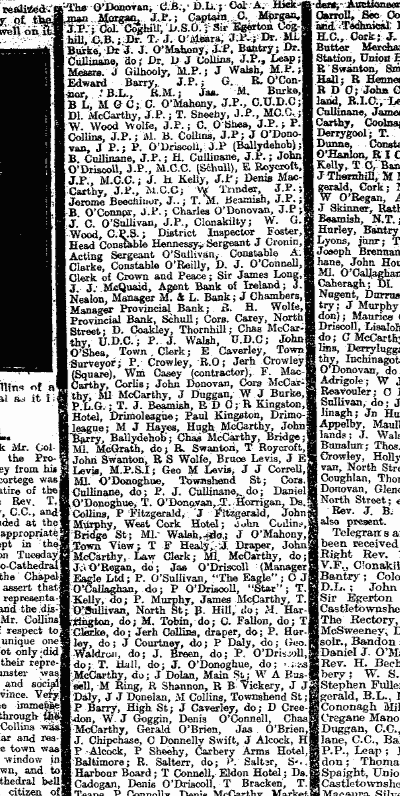 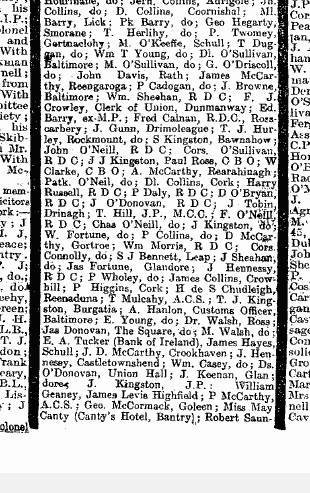 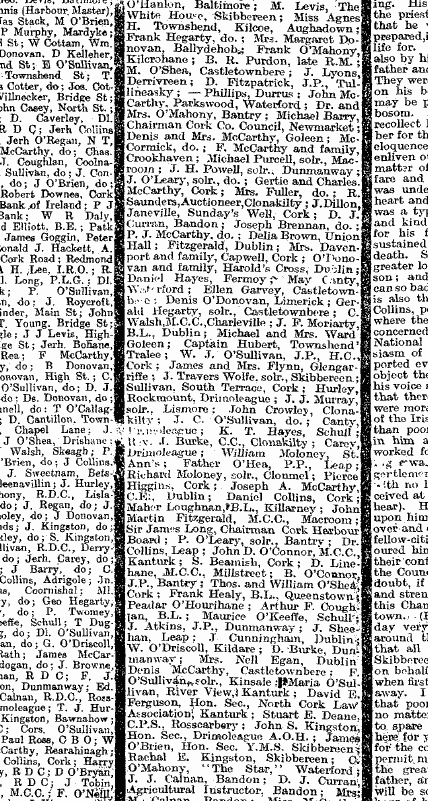