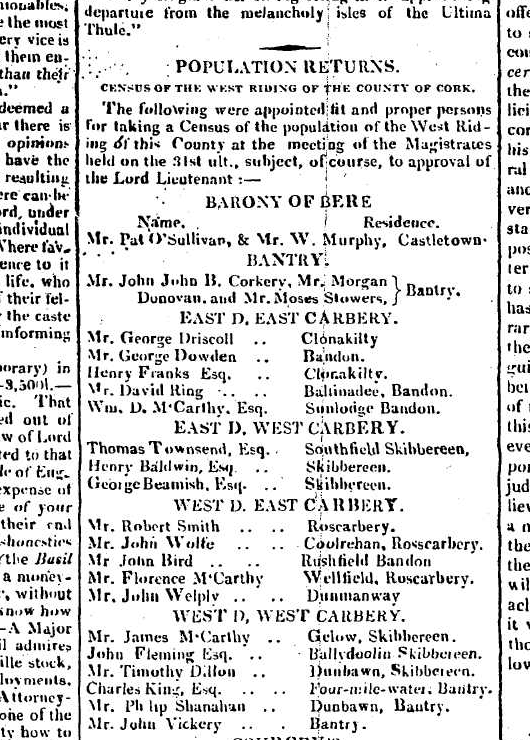 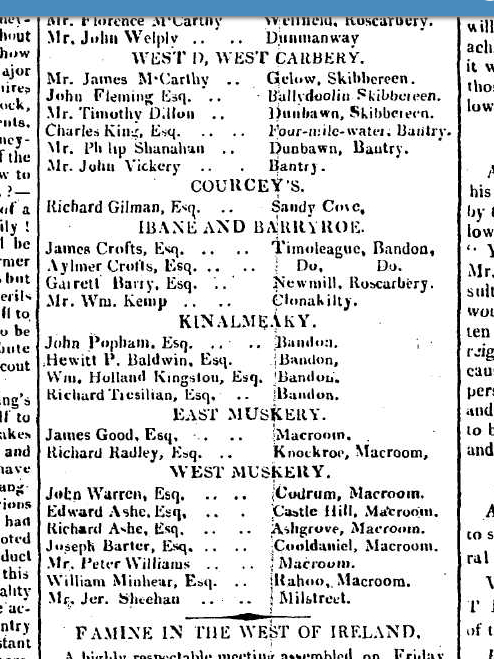 He married Maria Moss of Durrus. One of her sisters married Jeremiah O’Mahony of prominent Kilcrohane family, he later became a Magistrate