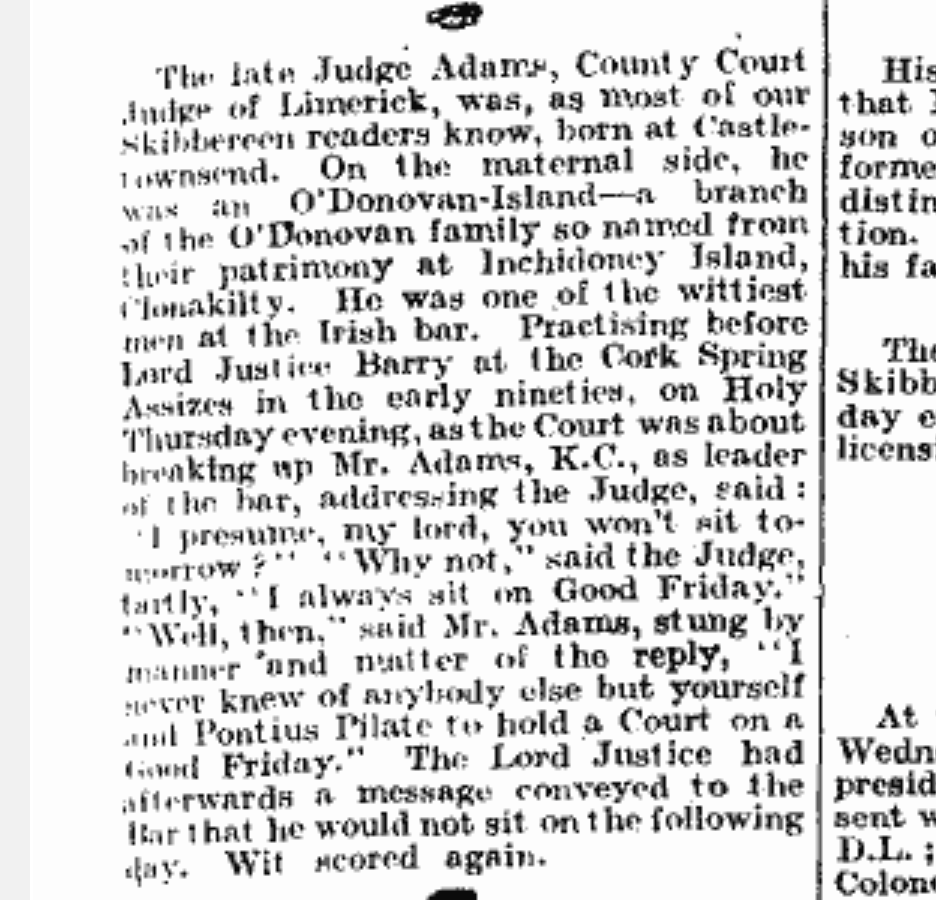 It is ironic that his father was a Customs Officer. On his maternal O’Donovan side the extended family of O’Donovan and Deasy, Clonakilty probably acquired part of their 18th century fortune from smuggling. In the 19th century the families were highly political. Among their members were Magistrates, the first Catholic Clerk of The Crown for Co. Cork since the 17th century, an MP and later Judge.

The Joycean connection probably came from James Joyce’s father who was heavily involved with the Irish Parliamentary Party.