1831, Address to the Reverend Alleyn Evanson, at a Numerous Meeting of the Protestant and Roman Catholic Inhabitants of the Parish of Schull, West Cork, a Unanimous Address was Agreed.

It is interesting that the Catholic Clergy joined in the address.  In his time in Schull he is reported as attempting to secure effort to get much needed relief.  He was mostly ‘an unbefieced clergyman’ ie not practising  but acting as a land agent and a  middle man.  His clerical career was in contrast to the numerous proselytisers in the area at the time the Revs. Donovan, Schull, Tiphook, Fisher at Teampall na mBocht, Spring  at Cape Clear, Alcock and Crosthwaite in Durrus.  There are a number of accounts praising him.  In Durrus as a Magistrate he acted in concert with the various O’Donovan Magistrates to defeat an attempt by the Rev. Crosthwaite of Durrus to blacken the name of the relieving officer Mr. Galwey c 1846. 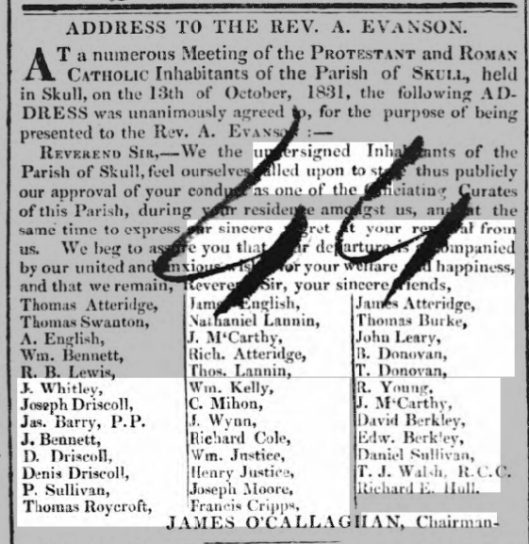 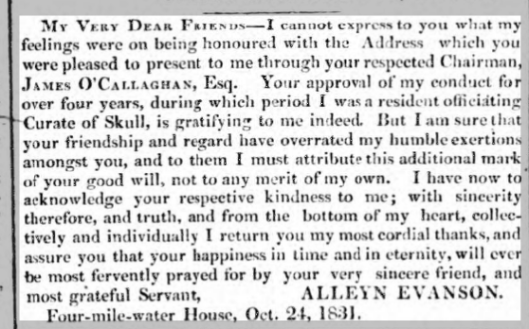 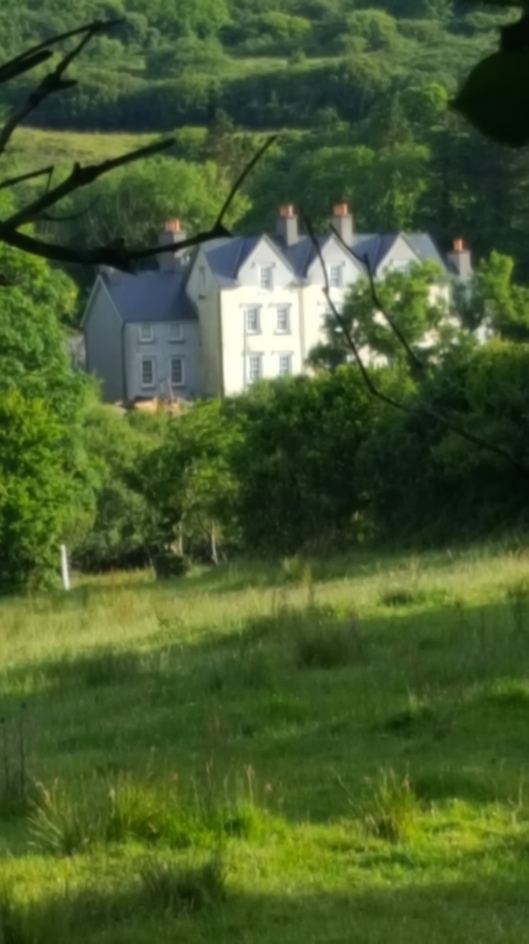