The Swantons referred to probably came from ‘over the hill’ from Gortnagrough, Ballydehob.  The Notters wee originally German Protestants who settled in Crookhaven c 1630.  There were various Vickery families in the vicinity one across the Durrus River in Ballycomane others in neighbouring townlands.  Various Sullivan families were around, intermarried with the Vickeries.  There are a number of references to Roycroft families in the Bantry Estate Rent books for neighbouring townlands. 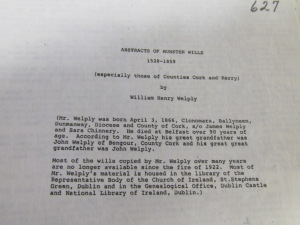