His was given his P45 arising from the Anglo-Irish Treaty.  He tried the Bar in England and wishes to resume practise in Ireland.  He was allowed to return as a solicitor but the judgement debarred former Judges by the Supreme Court.   This decision was challenged successfully by former High Court Judge Barry White.

From his History of Ireland. 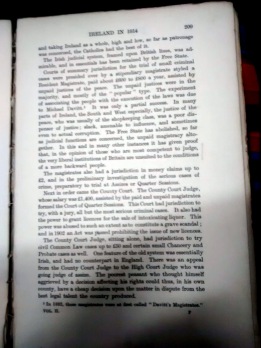