Ann Maria Curtis, Dungourney, a granddaughter of Rev. John Madras who married Miss Evanson of Durrus, married a grandson of The Liberator, Daniel O’Connell,  1867, he was son of Charles O’Connell, Resident Magistrate, Bantry.

John Henry Madras who was rector on Durrus c.1798. He married Martha Evanson and he was moved to Aglish parish. They had 4? children two boys Robert and Richard. Robert Conner Madras was a GP in Coachford and he is named on the marriage cert of Jeremiah O’Callaghan and Margaret Madras as father of the bride.The marriage was in Douglas Catholic Church in 1871. Both Margaret and Jeremiah were signed x. which I thought unusual for a doctor’s daughter.Jeremiah probably was illiterate. I subsequently have found a baptismal cert dated 1853 for Margaret Madras in St Peter and Paul’s in Cork city with Richard Madras named as father. Richard doesn’t seem to figure in any accounts of the Madras family who began in Huguenot Cork with Rev John Madras in the mid-1700’s. Margaret and Jeremiah subsequently lived in Flesk castle where he worked as a coachman. They had eight children

The Rev John Madras referred to was a curate in Durrus c 1800 when he married Miss Evanson. 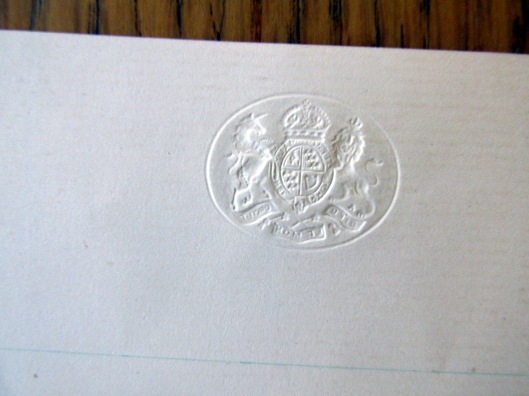 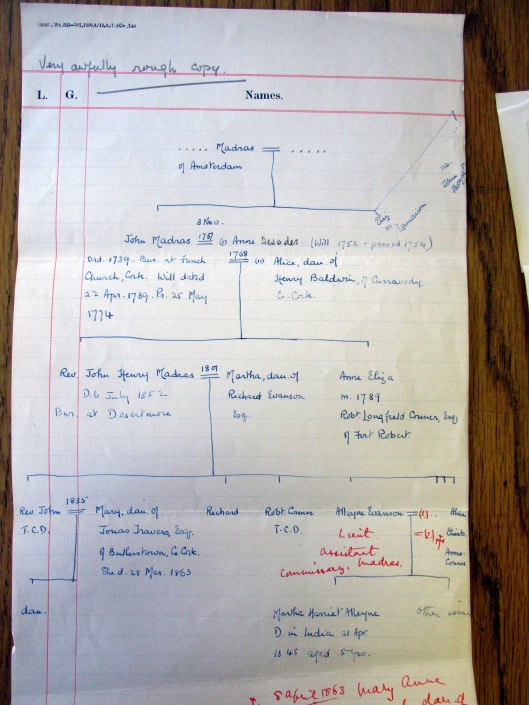 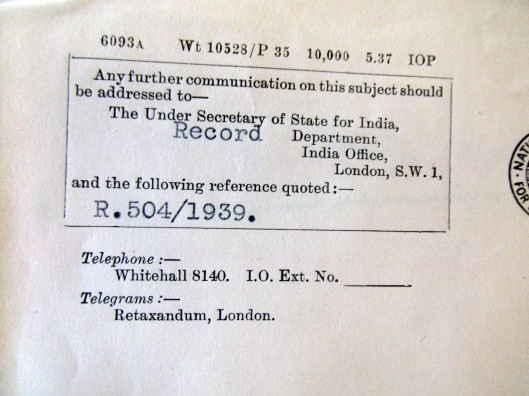 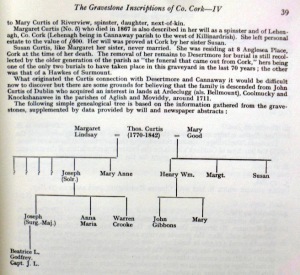 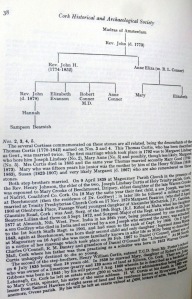 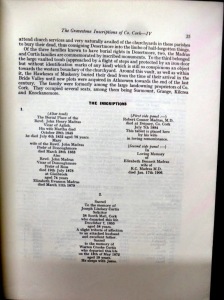 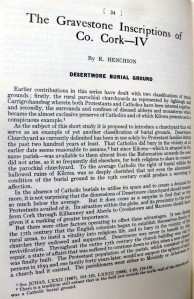 Margaret(Peggy) Madras(s), was born out of wedlock near OVENS in 1844 and registered on her baptismal cert as illegitimate. She was baptised into the Catholic church. Her mother was Joannah Linehan a Madras family servant and her father is named on baptism cert as Robert Conner Madras, a GP in Dripsey, son of a prominent Protestant family. He seems to have had no input into her life, which might explain her illiteracy. She subsequently married Jeremiah O’Callaghan a gardener in Douglas (Cork) Church in 1871 with Dr Robert Conner Madras named as her father on the marriage cert.  Both parties are recorded on their marriage cert as being illiterate, as were the witnesses. She went with Jeremiah to Flesk Castle in Killarney where he worked as a coachman along with other O’Callaghan family members on the Coltsman estate. They had six children one of whom was Cornelius.  She died aged 45 and is buried in Killarney and he lived to 102.