Pounding the furze for the mare in foal.

Pre the mid 1960s the workhorse on Irish farms was literally the horse. The diet was supplemented by furze (whin or gorse in some areas), chopped up with a furze machine. These sturdy machines of cast iron are still around and grinded the plant and then chopped it. Mares in foal have a delicate digestive system and the furze was further pounded to make it palatable.

Farmers would often travel a mile of so to get a cart load of furze. Brakes or waste land of up to a half an acre would often be planted with a harvest within two years

In his book, Farming In Ireland, John Feehan mentioned many registered accounts in legal documents from the 15th and 16th centuries listing gorse being used as animal fodder: “It was especially valued in feeding horses, though cattle throve on it also, either fed on its own or as part of a mixed diet.”

Feeding gorse continued until the 19th century, with many admitting to getting more gorse per acre than they would if they made hay. Feehan also recalls how farmers, in Cork especially, grew a few acres of what was called “furze meadow”. Given current fodder shortages, maybe there’s a lesson there.

This furze machine was sold in 1889 auction as new:

Garbhóg, forked hazel stick used in divining, a furze stick was used by an English artist who bought Sea Lodge in the 1940s to divine for water. The house had no water which was obtained from the nearby priest’s well. The English lady found a small stream near the house

Comments on use of furze sticks for heating. 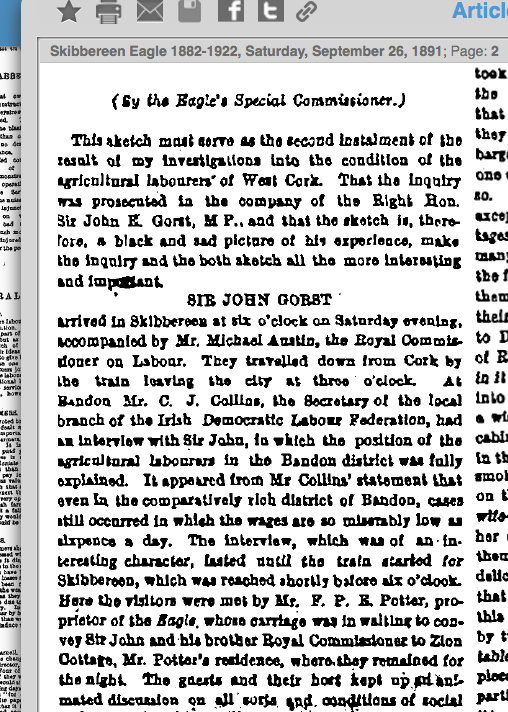 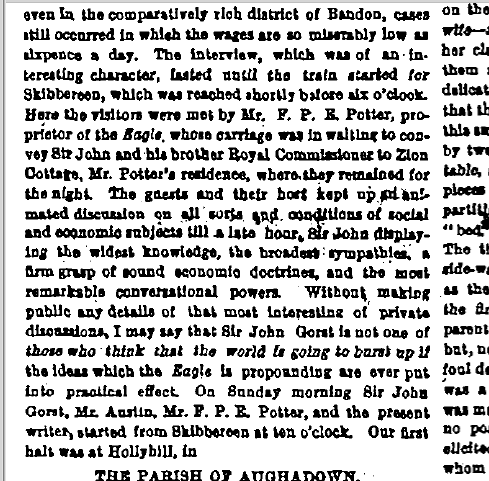 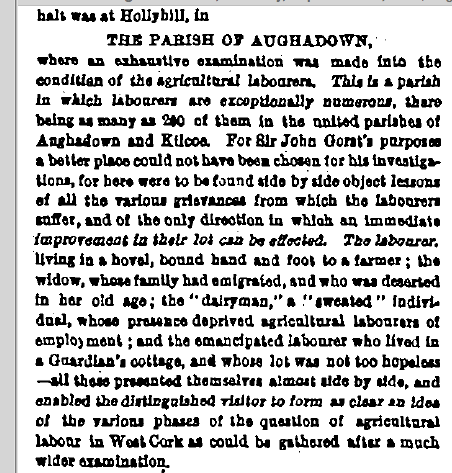 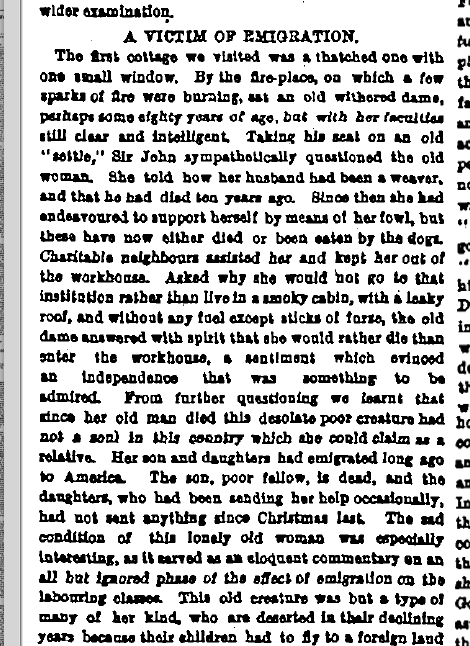 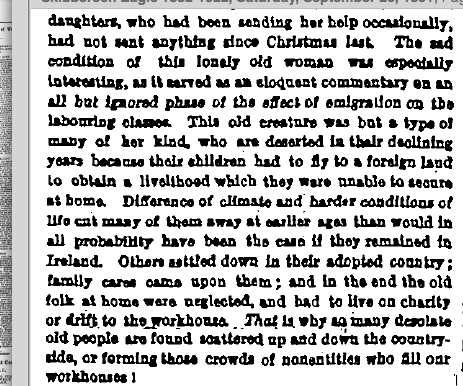 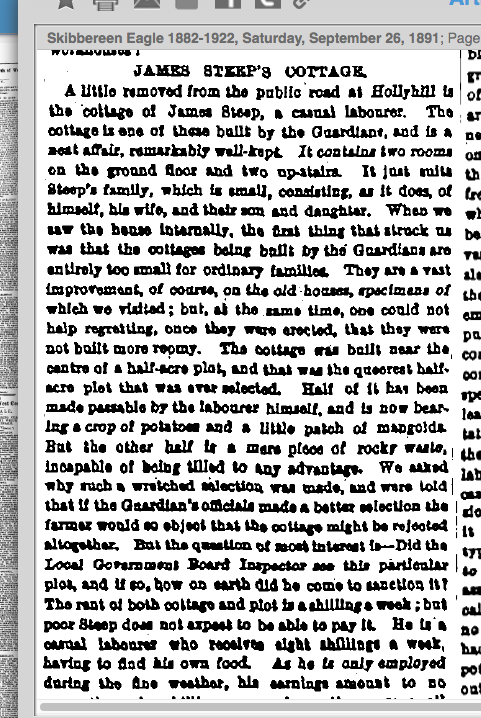 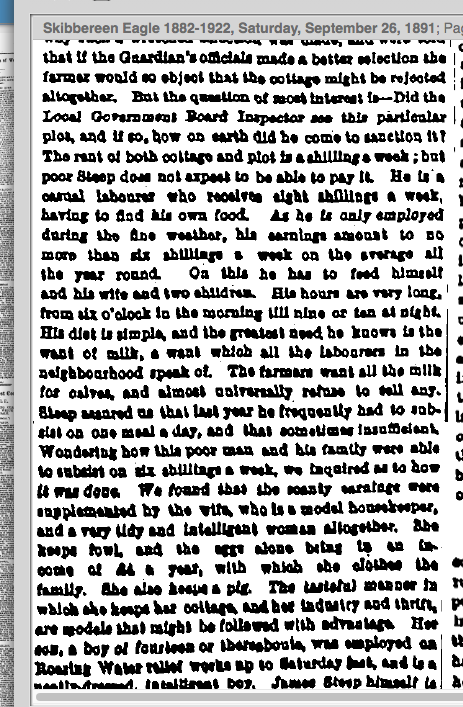 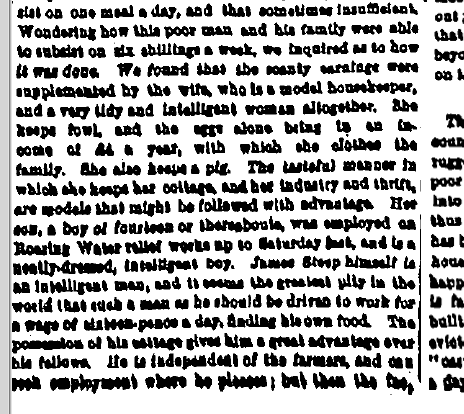 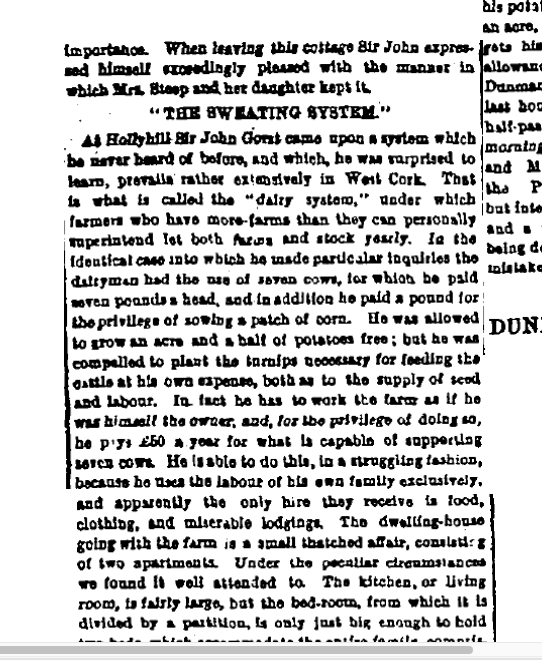 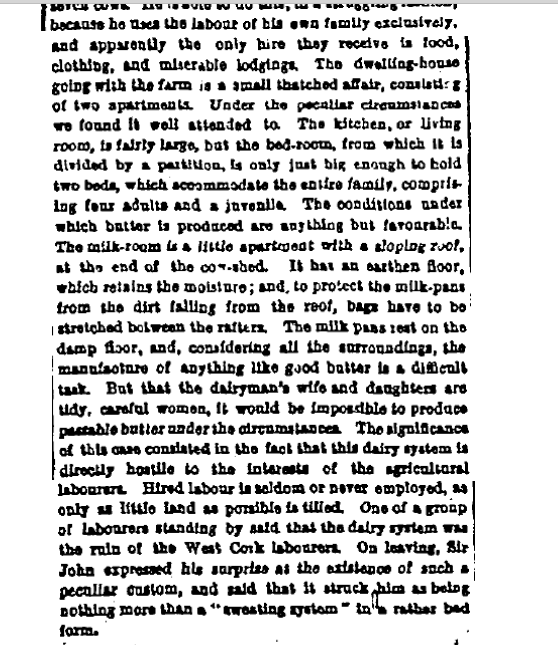 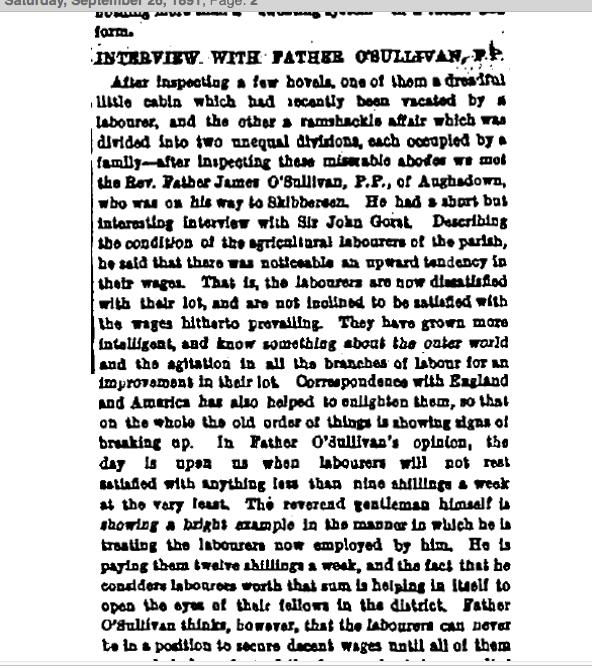 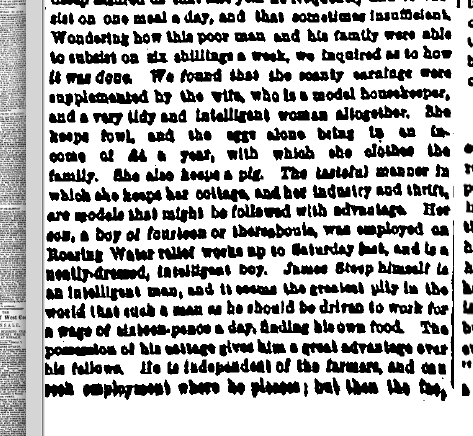 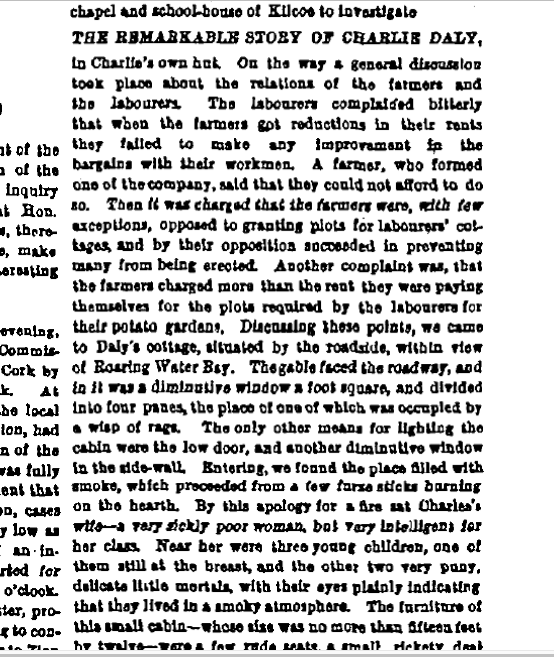 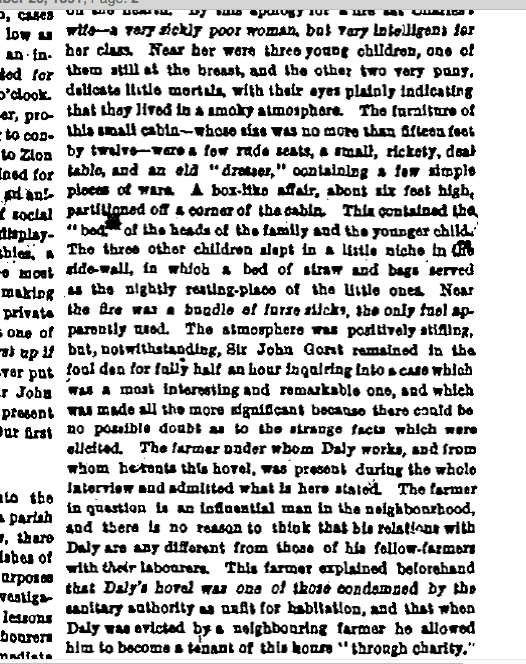 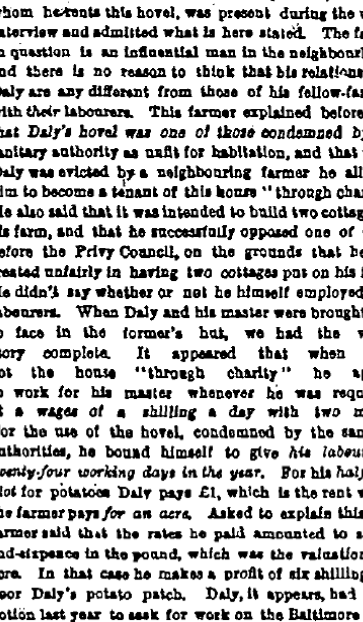 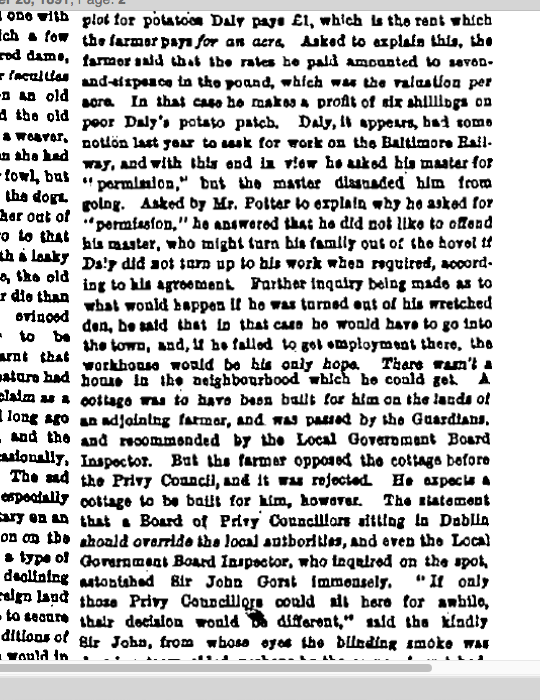 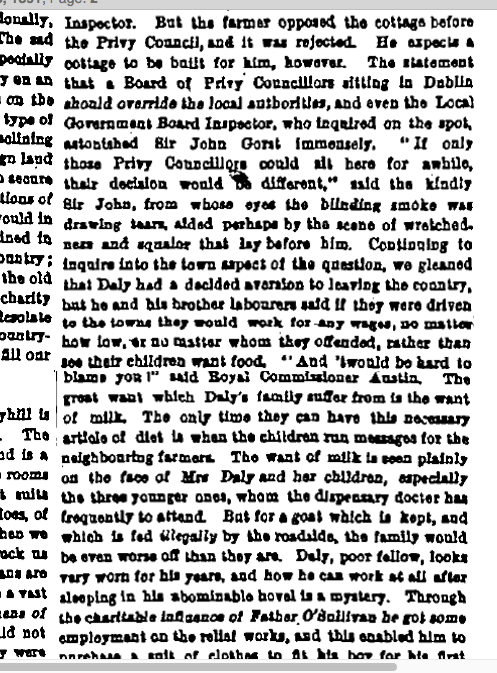 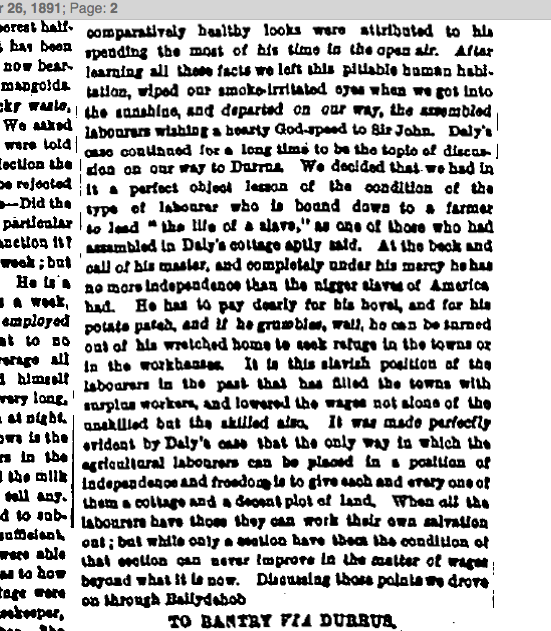 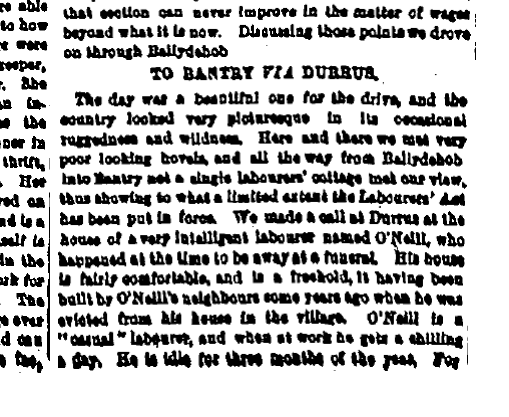 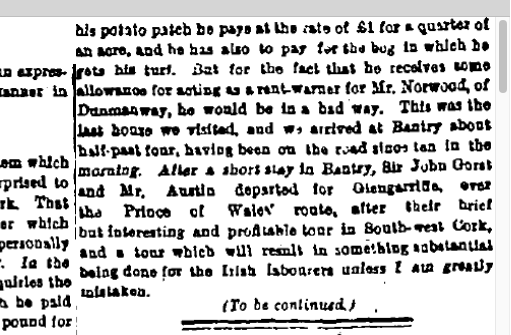 Generally on Furze from Blog:

Just been reading about the capability of gorse as a fuel or feed for cattle/horses.

Apparently it has half the protein of oats and can be harvested at a two year rotation yielding ” 2000 20lb faggots from an acre” so about 9 tons per acre per year. Cattle and horses love it once processed for them.

Furze can be used as fodder for animals. It was said that an acre of furze could provide enough winter feed for six horses. As a fuel it has a high concentration of oil in its leaves and branches, and so catches fire easily and burns well, giving off a heat almost equal to that of charcoal.

The question is how do you harvest it using modern machines ?
It grows well with us -difficulty keeping it down
http://encyclopedia.jrank.org/FRA_GAE/FURZE_GORSE.html

‘In France,’ to quote Syme and Sowerby, British Botany, 1864, ‘it is used for burning, being cut down every few years, in places where it grows naturally. In Surrey and other counties, it is used largely as fuel, especially by bakers in their ovens and is cultivated for that purpose and cut down every three years. When burned, it yields a quantity of ashes rich in alkali, which are sometimes used for washing, either in the form of a solution or lye, or mixed with clay and made into balls, as a substitute for soap. The ashes form an excellent manure and it is not uncommon where the ground is covered with Furze bushes to burn them down to improve the land and to secure a crop of young shoots, which are readily eaten by cattle. In some parts of England, it is usual to put the Furze bushes into a mill to crush the thorns and then to feed horses and cows with the branches. When finely cut or crushed, sheep will readily eat it.’
welshboy

Just what somebody does
” I tie the branches of gorse in bundles and hang them up for horses. This is an excellent addition to their winter feed and our Welsh Cobs would always leave their hay until they had finished the gorse. It also takes some time for them to eat as they are careful due to the spines; this again is a real advantage in winter and provides them with something to do. They will peel and eat every strip of bark that they can reach

The bundle of peeled sticks (a faggot) which is what you are left with when the horses have finished with it is great firewood.”

4 thoughts on “Pounding the furze for the mare in foal. Sir John Gorst 1891, Reforming M.P., Visit to Aughadown, Detailed Account of Distress.”