Shebeen Dances. 1936 Solicitor Jasper Wolfe Attacks Pseudo-Virtuous Acts of Parliament. Charge of A Breach of Dance Hall Acts by Denis McCarthy, Bookmaker, Kilcrohane of having a Dance in His House. Dismissed by Justice. 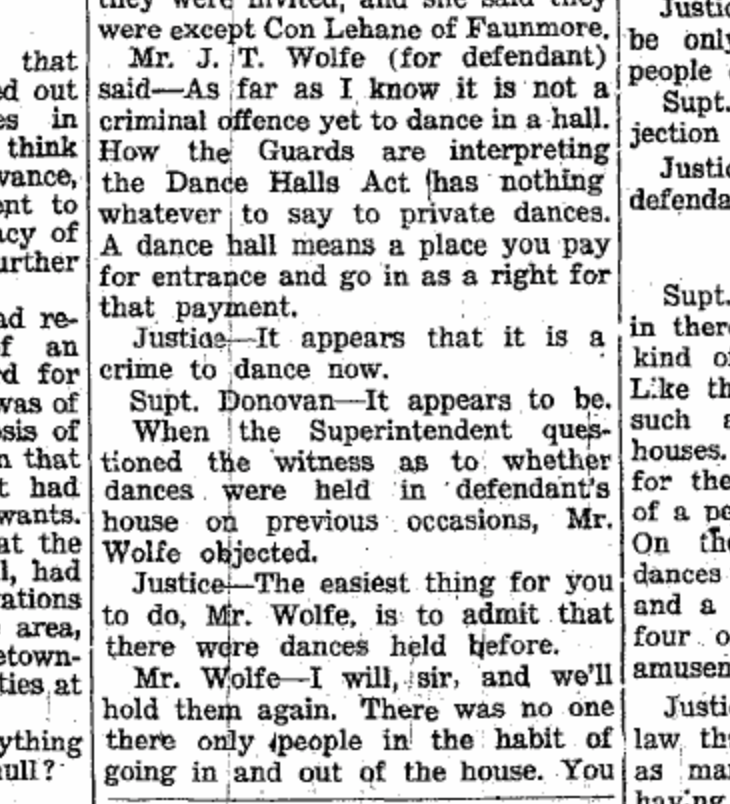 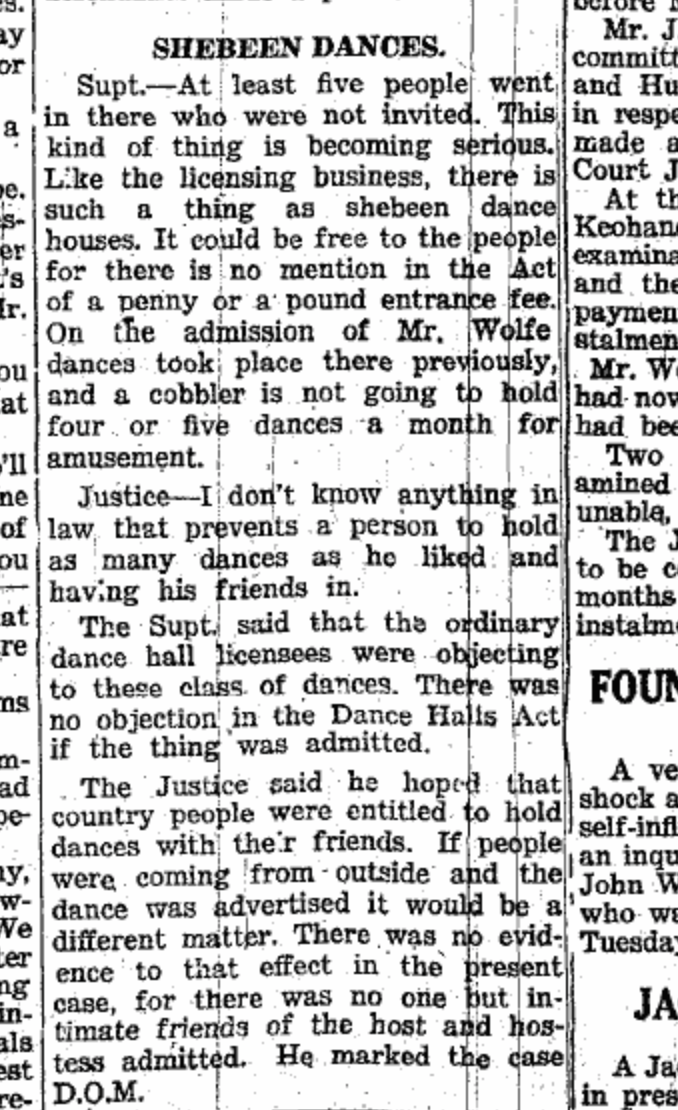 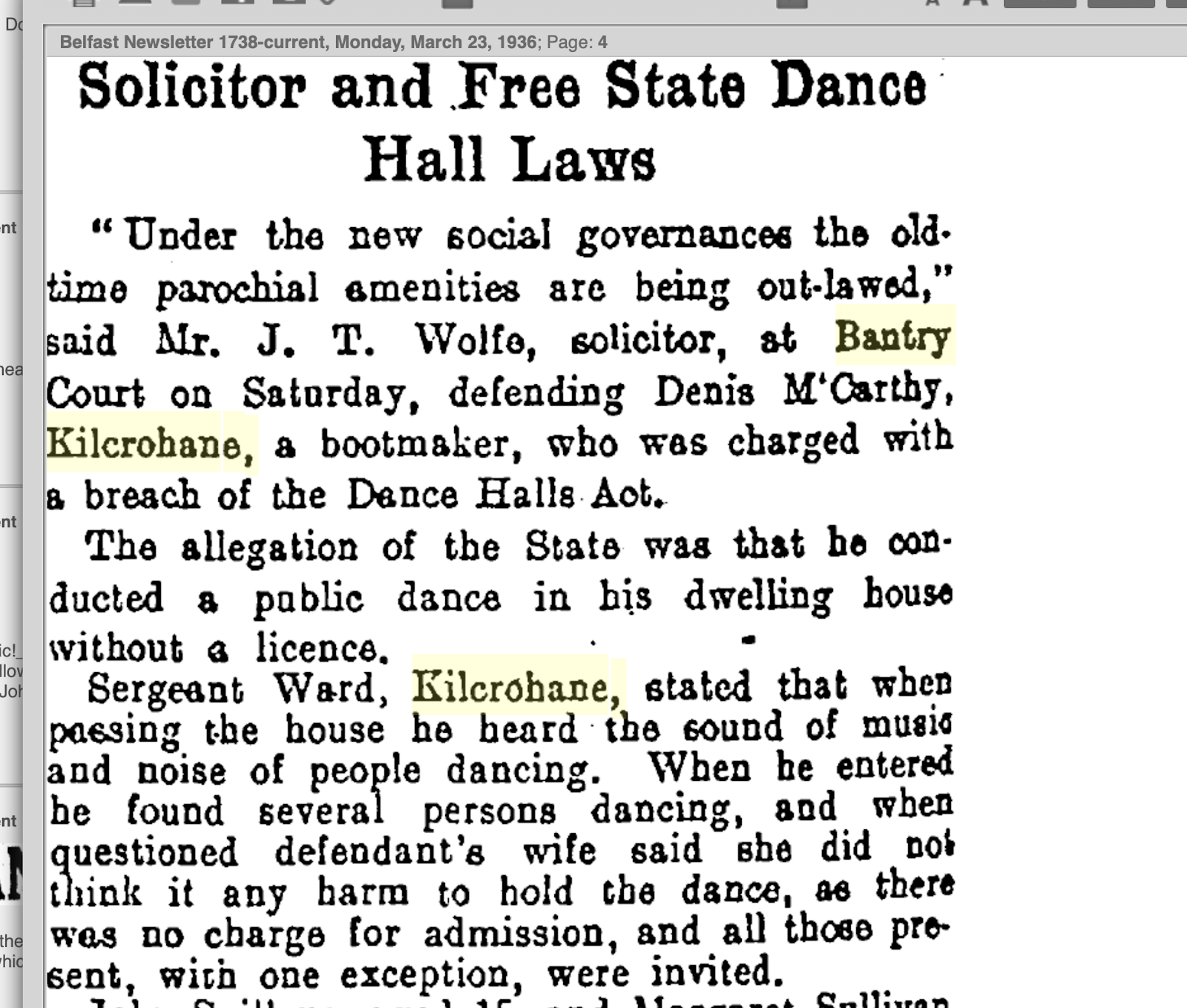 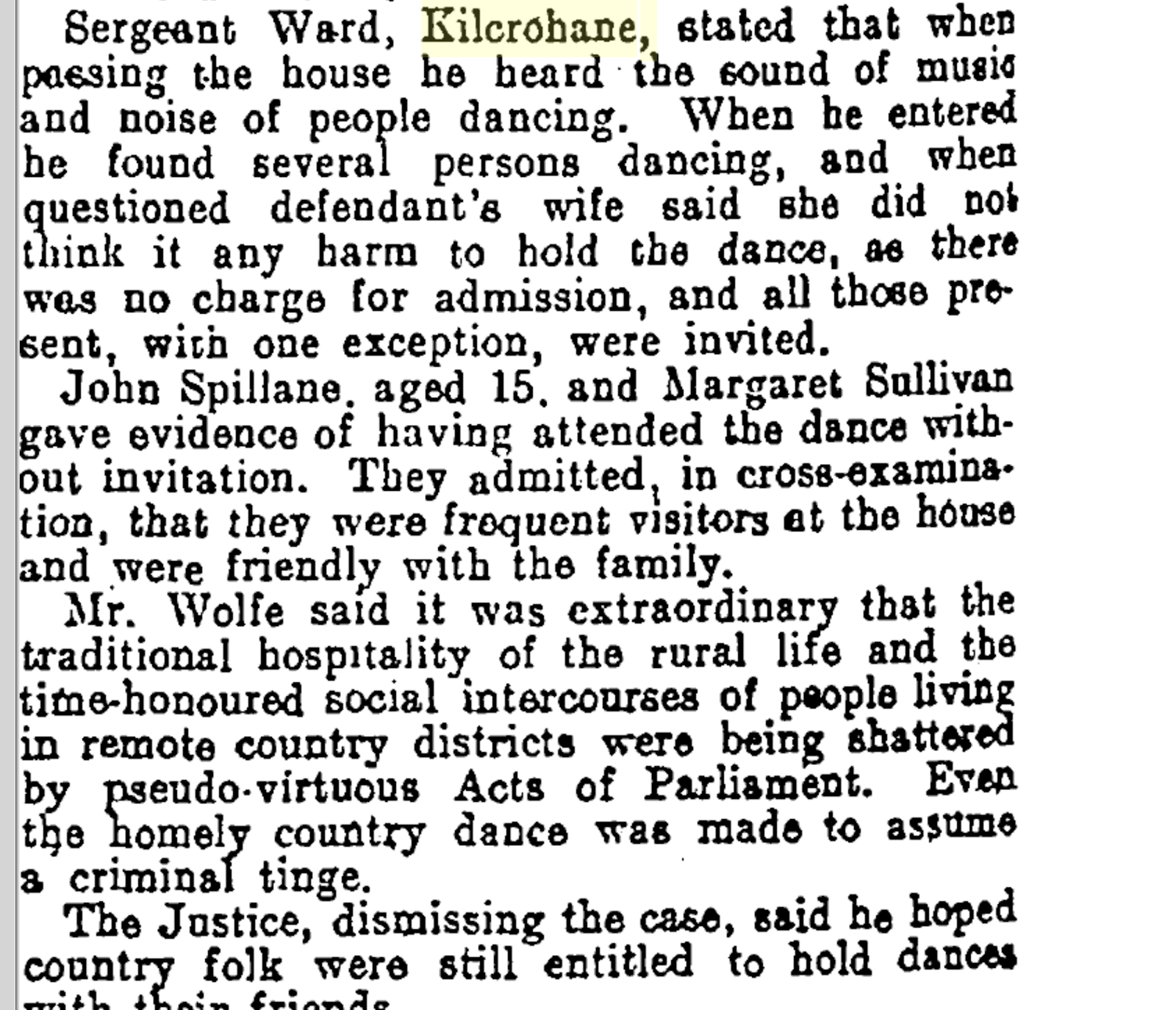