His list of commissions shows the dramatic expansion of Catholic Educational Establishments and Churches in the later 19th century and that of the Munster and Leinster Bank (now part of AIB), the Australian Commission shows the spread of Cork Religious Orders. 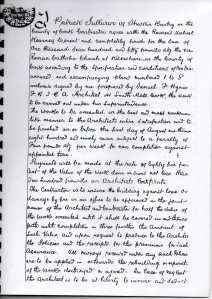