Proposal by Thomas Downes, Solicitor, Skibbereen that West Cork Be Made A Separate County with its Own Assize Town, Grand Jury. It Had Every Type of Industry, Teeming Seas, Mines and Minerals

This was at the dinner for the judges of the West Carbery Agricultural Society of which Mr. Downes was a founder member. 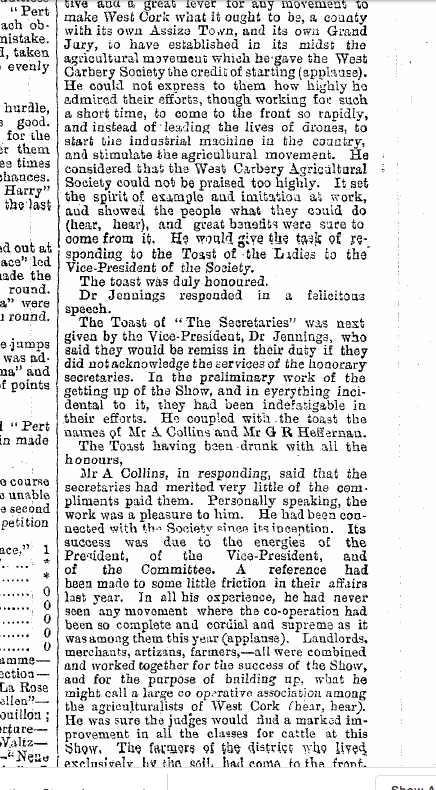